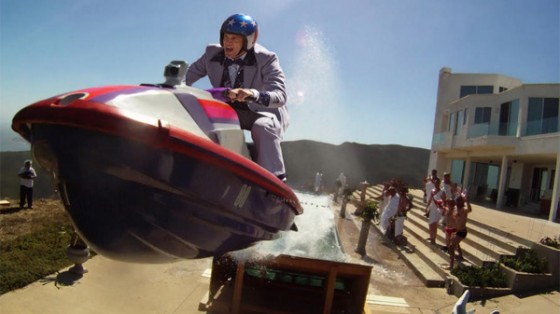 Believe it or not, there’s more stunts and tomfoolery coming from Johnny Knoxville and his band of merry morons. All the leftover footage (85 minutes) that didn’t make it into Jackass 3D has been turned into Jackass 3.5, which will be premiere on a site called Joost.com on April 1st.

Yeah, April Fools’ Day. Get it? Of course, since it’s the Jackass crew, it could be another of their elaborately wacky gags orchestrated to take advantage of the prankiest day of the year. Whatever the case, here’s the trailer. See Wee Man sitting in a giant chair. Funny. Watch Steve-O get bitten in the ass by a snapping turtle. Hilarious. It’s all jackass, all the time.