Sports > Football > Jacoby Jones to Dance with the Stars

Jacoby Jones to Dance with the Stars 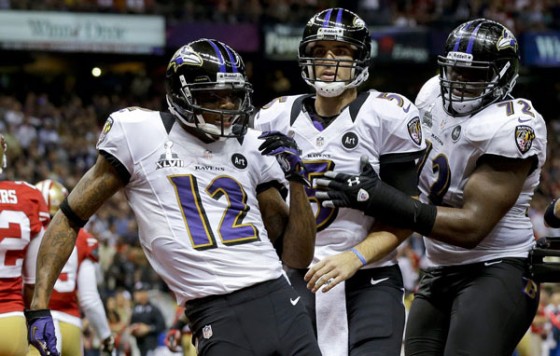 The ABC hit Dancing with the Stars is no stranger to recruiting football players to appear as contestants. In fact, football players have done surprisingly well, with Running Back Emmitt Smith and Wide Receivers Hines Ward and Donald Driver winning their respective seasons.

The cast for the next season of the show hasn’t been announced (that will happen Tuesday), but it appears that Ravens Receiver and Returner Jacoby Jones will be among the “stars” competing for a victor. The move by Jones is surprising; other athletes who have appeared have done so at the tail end of successful careers, while Jones is only 28 and a potential salary cap casualty in the next week. While dancing is decent off-season exercise, Jones may regret appearing in a show when he might need to be shopping for a new home.

On the plus side for Jones, he does have some dancing experience.