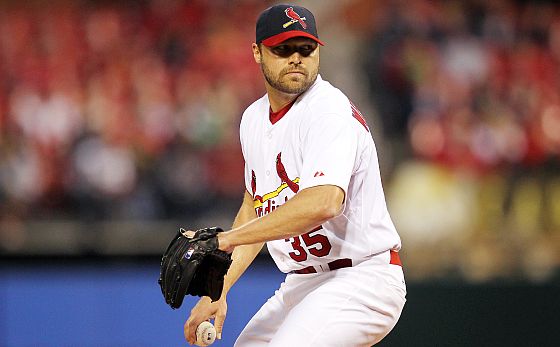 With his team down a starter and in a tense playoff battle with the San Francisco Giants, Cardinals’ pitcher Jake Westbrook has declared himself “ready to go” if he is needed. The Cardinals left Westbrook off the postseason roster in favor of rookie Shelby Miller, after the former suffered a late season injury. While Westbrook is apparently back to full health, the Cardinals have little incentive to add him into the mix for the World Series (if they make it). 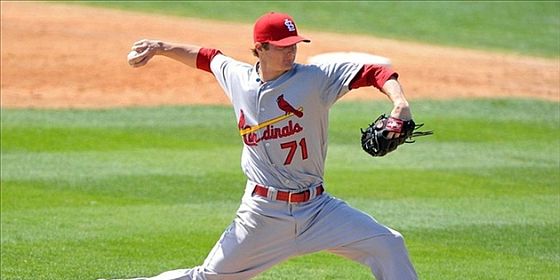 This season was Westbrook’s best since coming back from missing the 2009 season with an elbow injury, posting a 3.97 era and a whip of 1.39. Those numbers are buoyed, however, by a phenomenal first month, where he posted a 1.30 era and a 1.01 whip while going 3-1 in 4 starts. Westbrook never matched that performance over the rest of the season, and posted an era of nearly 5 over the last 8 starts before he suffered an oblique injury September 8th. With Miller, a preseason top 10 prospect, having performed well after his late season call up the Cards are unlikely to bring Westbrook up without another major injury striking their rotation.