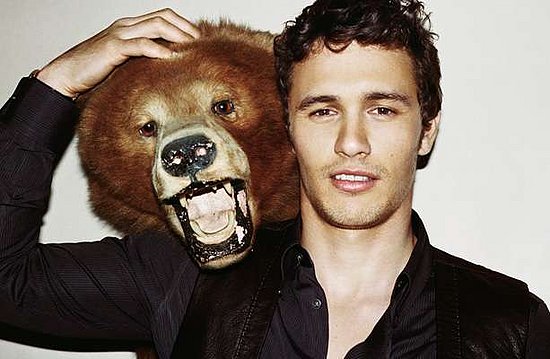 James Franco is a lot of things. Highly respected actor. Oscar nominee. Shitty Academy Awards host. Musician. Wait, what? That’s right folks, Franco has joined forces with performance artist/singer Kalup Linzy on the EP Turn It Up. The first song released is called “Rising” and it’s accompanied by a video that looks like a second-year film student’s incoherent interpretation of an acid trip.

It’s not exactly known what Franco’s contributions are to this latest venture, but he apparently shot some of the footage in the video, and his creepily smiling ghost-like mug does pop up periodically in the background mouthing words. As for the tune itself, it’s okay if you’re into that whole experimental indie scene. At any rate, the EP drops on July 12th.