This Japanese Avengers Trailer Is Badass 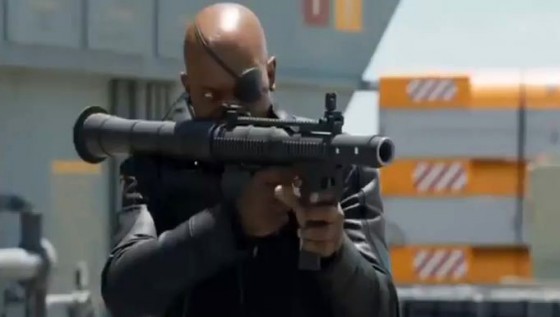 It’s safe to assume director Joss Whedon’s superhero extravaganza, The Avengers, doesn’t need much help coaxing butts into seats on May 4th. I mean, we’re not talking about John Carter here. Young folks today know all about Iron Man and Thor and The Hulk. That said, if you’ve been on the fence (like me) about whether to cough up $10 to see men and women in tights punch each other and battle alien invaders, this badass Japanese trailer might sway your mind.

Nick Fury firing a grenade launcher. The Helicarrier. A Pepper Potts cameo. More explosions. Yeah, I’m beginning to warm up to The Avengers.