Last week we shared the amazing custom Brazilian World Cup Plane with our readers, and today Japan outdid them by arriving in a Pokémon plane. Because of course they did. The arrival has created quite the stir on the Internet, for obvious reasons. While the Japanese World Cup Team is using Pokémon on all of their team gear, it does not appear that this jet was painted custom for the World Cup. In fact All Nippon Airways (ANA) has 10 Pokémon Jets in their fleet, but this particular plane is the newest. It is a Boeing 777-300 and was put into service in 2011 with that awesome Pokémon paint job. Here is the reverse angle on the plane used to fly Team Japan : 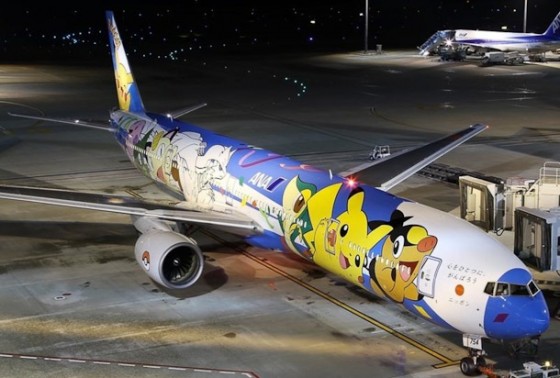 …and here are some photos of the other Pokémon Jets in the fleet :