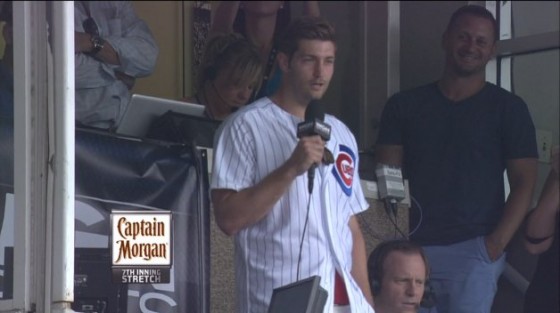 Jay Cutler doesn’t get paid to have a winning personality. Of course he doesn’t get paid to throw awful interceptions or sit on the pine during NFC title games either, but that hasn’t stopped him from doing both. Nevertheless, Jay was in full-on bland mode while singing “Take Me Out to the Ball Game” on Saturday.

As dull and insipid as Cutler may be, he gets to bang this on the regular, so he must be doing something right.