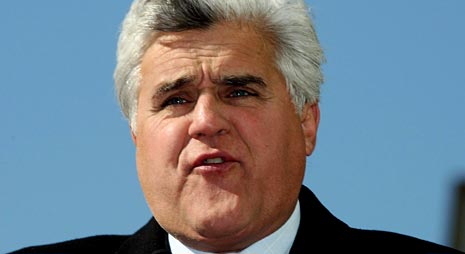 Let’s assume for a second that this whole Conan and Leno debacle never occurred, Jay would still be a talentless ass-clown. But the mess did go down, and Leno is still an insufferable shit-heel. But, evidently, Leno is funny… 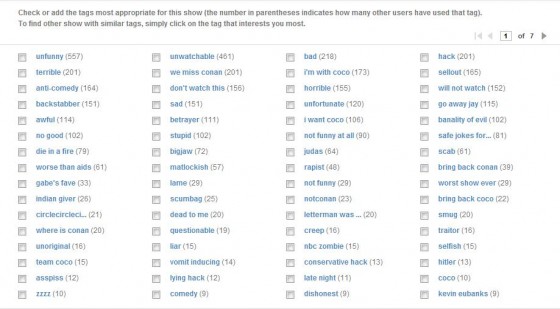 Well the tag’s on his Tonight Show Hulu page are anyway…. 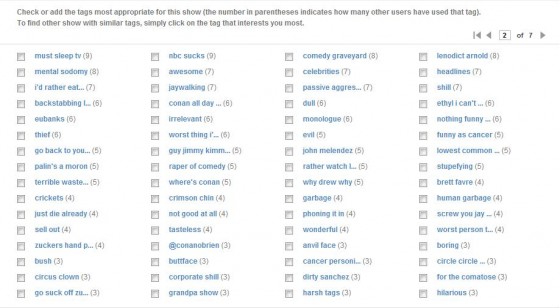 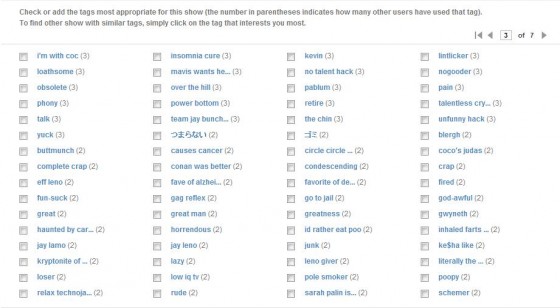 Before we run down some of the better tags, we did screen cap all seven pages of comedy gold, so that when a grown child of one of the fools at Hulu ruins it for all of us and they get removed, we will be able to laugh at how dumb they are. 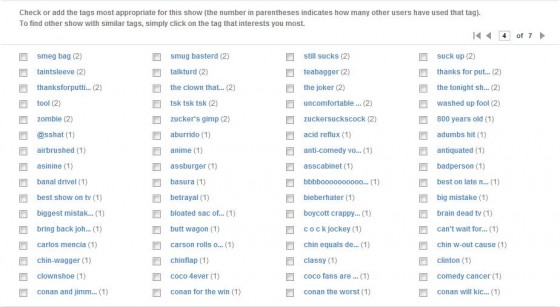 Here is a quick run down of the tags too long to fit:

“worst person to ever live”

“the clown that nobody laughs at”

“i need a shot of vodka to watch this”

“his chin is made of starving children”

“everything that is wrong in america” 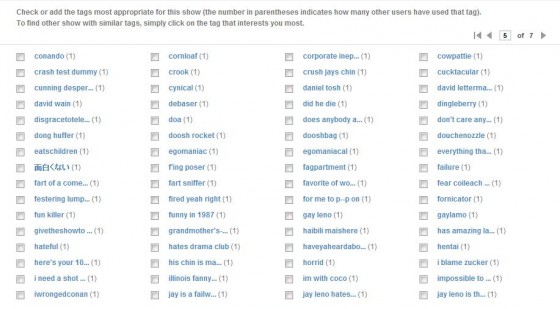 Next we get foreign language tags: 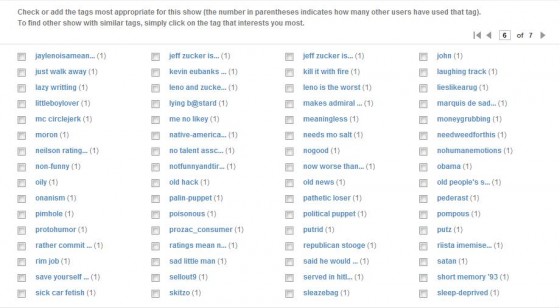 The rest are all very enjoyable from the screen caps without help, so read and enjoy my friends.

Oh and where did we get the tip for this from?  @CoCosATMcard So much for NBC deleting every single reference to Conan O’Brien off of the internet.