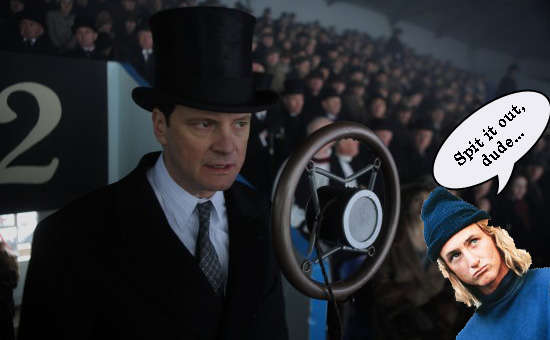 Okay Jeff, what did you think of Colin Firth in the film?

Great, but how would you classify his performance?

I agree. How would you describe the dialog?

Do you believe the relationship between the King and Lionel served as a metaphor for Britain’s archaic caste system?

Fair enough. Any message to those who call the movie boring?

That’s fantastic. What would you say to someone who stammers?

Gotcha. Any final thoughts about The King’s Speech?

I guess not. Nevertheless, I appreciate Spicoli’s, uh, insight on the film.

Stay tuned next week when another movie icon reviews The Social Network.