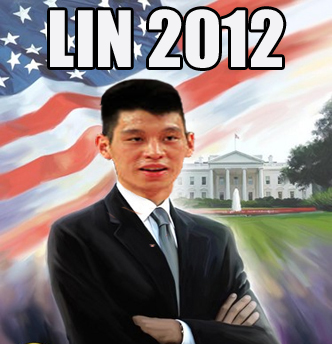 The Jeremy Lin runaway train of success is filled to capacity with hope, prosperity and glory. And America wants on board. Let’s face it, the candidates for President are crap. Romney? Silver-spooned buzzkill. Santorum? Ultraconservative wackjob. Obama?  He had his chance. It’s time to support a candidate we can trust, and one that can knock down a clutch three-pointer with a seven-foot MVP in his face.