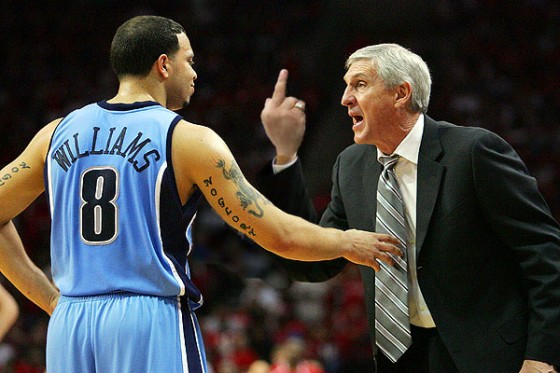 Why can't we all get along?

The world of sports is never without drama, and from time to time, the drama manages to shock us all.

Such was the case yesterday when Utah Jazz coach Jerry Sloan, the longest-tenured coach in the NBA, suddenly announced he would be retiring from his position effectively immediately.

(By the way, assistant coach Phil Johnson, who has been Sloan for the bulk of his 23 seasons in Utah, is joining him.)

It shouldn’t be a surprise, even if it is shocking. Not only has Sloan coached an astounding 1,903 games with the Jazz, but the soon-to-be 69-year-old has presided over 196 playoff games as Jazz coach, the equivalent of nearly 2 1/2 regular seasons. The Jazz came close to winning a title twice, both times losing at the hands of Michael Jordan’s Chicago Bulls in 1997 and 1998, and have been playoff stalwarts in every year but 2004, 2005 and 2006 during Sloan’s run. And the Jazz were just about locks to make the postseason this spring for the 20th time in Sloan’s 23 years as head man.

In that report Dwyer notes long-running beliefs Sloan was on the verge of stepping away, including speculated confrontations with some former players (most notably Mark Jackson) and an apparent tension between the coach and team management that tends to flare with regularity.

However, this week rumors surfaced following a Jazz loss to the Chicago Bulls on Wednesday night, a loss that led to a “somewhat-public dust-up with longtime Jazz GM Kevin O’Connor”… but the rest of the blogosphere was more than happy to turn their rumor bus towards the team’s top star, guard Deron Williams. 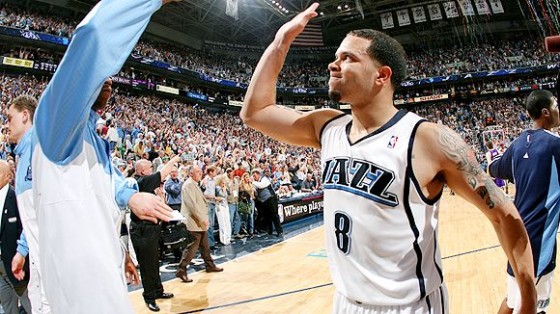 The problem or the cure?

Rumors about the lack of faith from Deron started back in July of 2010, as indicated in this Desert News report. Deron took the press to share his frustrations over the decisions made by team management in letting key contributors (namely Carlos Boozer) move on to new teams. Those quotes turned into suggestions Deron would likely be seeking a new home of his own, and thus the alleged discomfort between Deron and Jerry began.

The problem got worse when reports suggested Deron was openly defiant of Sloan’s commands on the floor, as indicated in this recent post from CantStopTheBleeding.com, supported by a tweet from the great Adrian Wojnarowski from Yahoo (reporting Deron and Sloan nearly came to blows during a halftime disagreement during that loss to Chicago).

Those feeling suggesting  Deron served, at the very least, as the final straw have been supported by others… including The Scores Report, Larry Brown Sports, AOL FanHouse, and Stacheketball… all confirmed (more or less) by local beat writers with the Salt Lake Tribune.

Basketball John from SLCDunk.com (SBNation) checked in with a thorough review of the rumor mill swirling around this story shortly after Sloan’s press conference motivated comments from Deron, including a full breakdown of the point guard’s statements and what they may (or may not) reveal about the true motivation for Sloan’s decision.

From our own chair, it seems a bit unfair to suggest the bulk of the motivation behind Sloan’s departure would be Deron. Dwyer does an outstanding job of diving deep into the history Sloan brought into this season, the never-ending speculation around his desires to continue forward and his alleged feuds with various players and team management, and the simple fact Sloan has been at this for a very long time. Many of us who have followed Sloan as fans (as a Chicago guy, my hand is raised in adoration of the man) realize, there was a  period of time shortly after Sloan’s first wife Bobbye passed of pancreatic cancer in 2004 when it seemed he would take a break from the evils of NBA life to mourn, to recollect, and to ponder a future away from the game.

Instead… he pushed through. Rest assured we will refrain from a prolonged epilogue on Sloan’s career (not hard to find at any of the numerous spots we’ve linked), but understand… the love and respect for Sloan is the likely cause for the onslaught of hatred towards Deron and the persistent suggestion he is, in this moment in time, to blame for the situation at hand. 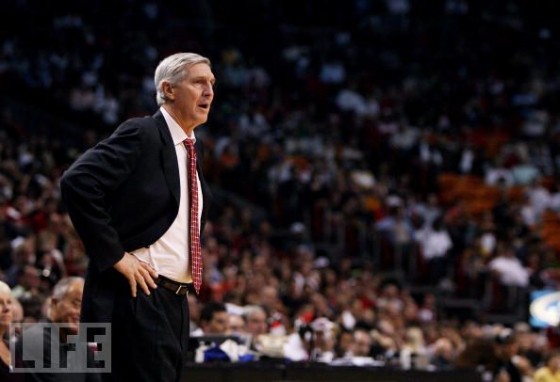 We wish you well, Jerry... and we hope you come back soon.