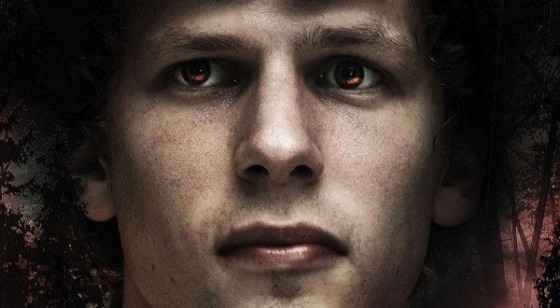 Before Jesse Eisenberg was the kid from Zombieland or the kid from The Social Network, he was an up and coming actor who empathized with would-be filmmakers trying to make a name for themselves in the rough and tumble world of Hollywood. As such, he was gracious enough to lend his modest notoriety to some friends who were producing a low-budget horror flick called Camp Hell, about a demonic force terrorizing a bible camp.

In exchange for a nominal fee of $3,000, Eisenberg agreed to play a small part, presumably to give the film a better chance of gaining distribution. Sounds like a no harm, no foul story, eh? Not so fast. Eisenberg is now suing his “friends” for $3 million because they had the audacity to plaster his Oscar-nominated name and likeness across the DVD cover to, ya know, help increase sales. Hmm, I wonder why he isn’t suing The Social Network producers for using his Oscar nomination to promote sales?

Eisenberg is alleging his right of publicity was misappropriated, saying the defendants’ use of his name and photograph exploited him for financial gain… The California law on publicity rights bars commercial use of someone’s likeness without “prior consent.” Eisenberg’s complaint, however, is silent on the terms of his agreement to appear in the film beyond his compensation. The lawsuit struggles to live up to its billing as a dispute over publicity rights, quantum meruit, and unfair business practices. Instead, the lawsuit sometimes resembles a consumer class action, saying that the producers are “continuing to perpetrate a fraud on the public,” that Eisenberg’s fans and the public “should be protected” from false advertising, and that by misusing Eisenberg’s likeness, the producers “fraudulently induce his fans to purchase a copy of the DVD of the Picture.”

Or maybe nobody would know a damn thing about Camp Hell if he hadn’t filed a pointless lawsuit. Durp.