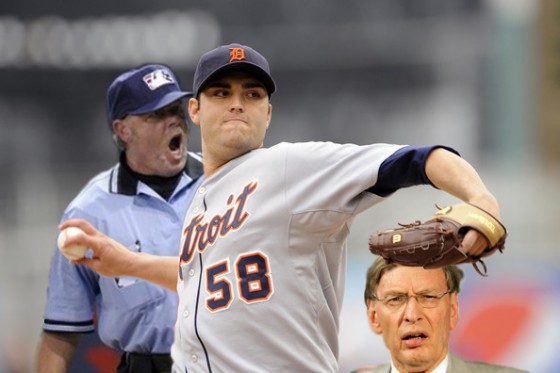 Armando Galarraga came within one out of recording a perfect game, and a lousy call by umpire Jim Joyce robbed him of it. Tigers right-hander Armando Galarraga took his run at perfection Wednesday night through eight and two thirds innings against the Indians at Comerica Park.With one out remaining to allow him to become just the 21st player in Major League history to accomplish the feat, Jason Donald reached 1st on an infield single. Only he didn’t.

The 28-year-old right-hander from Venezuela, making his third start of the season, beat the Cleveland Indians 3-0 and lost the bid when first base umpire Jim Joyce ruled Jason Donald safe for an infield hit as he crossed the first-base bag as Galarraga was receiving a throw from first baseman Miguel Cabrera, who had fielded Donald’s grounder. Tigers players and manager Jim Leyland angrily berated Joyce after Trevor Crowe made the final out, claiming replays showed Donald did not beat the throw. 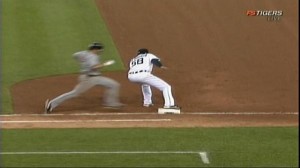 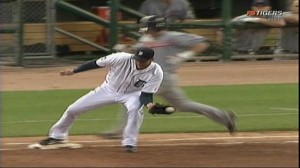 MLB is typically tight when it comes to online video, so this probably won’t be available long. Wouldn’t want the world to see what a bunch of fuck-ups they are :