What Was Jim Riggleman Thinking? 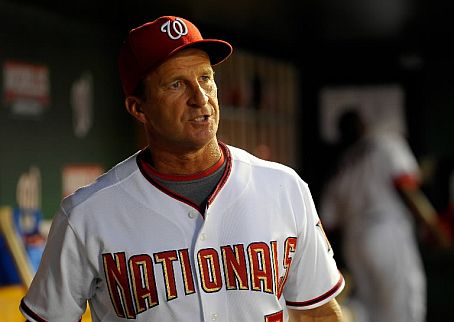 In one of the stranger stories of this Major League Baseball season, Washington Nationals manager Jim Riggleman resigned due to a contract dispute with the organization.

Normally, this would be swept under the rug except for the fact that the Nationals are the hottest team in baseball these days. After Riggleman left the club, they had finished a sweep of the Seattle Mariners and had won eleven out of their last twelve games. Also, for the first time since April, the Nationals are now above .500 and look to be playing for a possible wild card spot in the National League.

So, why did Riggleman leave the team? What appears to be the answer is regarding Riggleman’s contract and gets sketchy from there. The organization stated that Riggleman placed an ultimatum to them that if they did not pick up his option for next season, that he would quit at the end of the week. Riggleman stated that he wanted a meeting with general manager Mike Rizzo to talk about the situation after the upcoming series versus Chicago and did not issue an ultimatum but was going to leave the team if he contract wasn’t renewed for next year. Whatever story is correct, Riggleman is not the manager of the Washington Nationals anymore.

However, I understand the conventional logic behind his move, he felt that the team wasn’t giving him the proper respect and regardless of how the Nationals finished, he would be gone at the end of the year. If he felt that the Nationals would give him a shred of respect by picking up his option, he would have stayed with the team. By quitting, he essentially pulled off the typical Rodney Dangerfield, “I get no respect” and left the Nationals holding the bag. It’s a move that many disgruntled employees have thought of doing in their own jobs but Jim Riggleman actually did it in real life.

The puzzling thing to note is that Riggleman left a Major League managerial job out of spite. That doesn’t happen everyday as many minor league managers would kill for a shot at the Major Leagues and Riggleman tossed it aside like it was nothing. It’s going to be tough for Riggleman’s future as well since it will be perceived by many individuals around Major League Baseball that he quit his job because of a contract issue that he allegedly started. Riggleman could have finished off the season and if the Nationals did well, he possibly could have been on track for other jobs that would have come open after the season. Also to note, managers are held to a higher standard than the players that play for the team and it is possible to look at this situation that Riggleman quit on his team and why would you want a manager that quit on his team just when it seemed to be turning around? It’s perceived as selfish and some owners might not want to deal with Riggleman after this decision, if he made it or not.

At the end of the day, that’s how Jim Riggleman went from the toast of Washington to unemployed in less than a week.