A Job Worse Than Unemployment 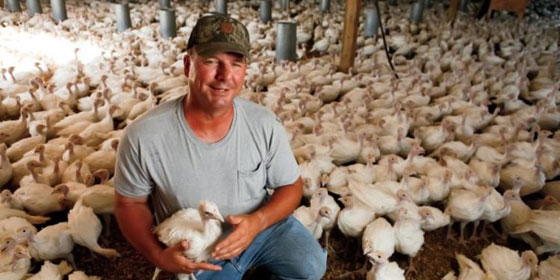 During this holiday season many are still suffering from the economic downturn. While the unemployment rate has improved and many Americans are back at work, there are still plenty that have been unable to find a job and if you have time to read this site, you may be one of them. There is also a chance that you really hate whatever job you could scrounge up, but had to take what you could get. Statistically speaking though, you probably do not work on a Turkey Farm. If you do or did, then you will know where this article is going. 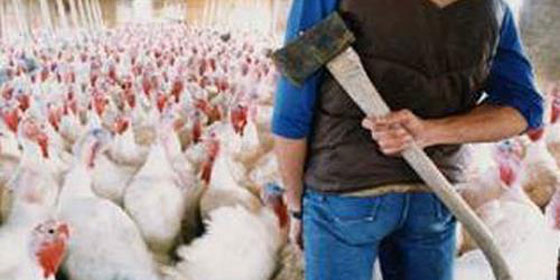 If you haven’t worked on a Turkey Farm, then there is a chance that you may be a little bit disturbed by what you are about to read. Farmed Turkeys, especially males, are required to do two things during the course of their lives: they need to be fattened enough to sell and they need to breed more turkeys.

Being fat enough to sell as well as having an active sex life are actually as much at cross purposes in the bird world as they are in the human world. This is particularly true with overstuffed turkeys. The male chest cavity gets too large to mount female turkeys. The attempt is generally thwarted by being unable to move past the large chest cavity to have successful intercourse with a female.

So, given the importance of breeding, artificial insemination is widely regarded as the best method (given the male turkeys’… limitations). For decades male turkeys have been stimulated and masturbated manually by trained farmers. We’ll pause a moment so you can re-read that last sentence. Once the turkey is rubbed and the semen is extracted, the seed is stored in a rubber tube. Lucky for you, there is video of such things, thanks to Dirty Jobs :

That is the sad part. Fortunately most of the days leading up to Thanksgiving for the male turkey were probably relatively happy ones. It’s the poor farmer with a list of daily chores that includes turkey ejaculation, rubber tube insemination, slaughter, and clean-up that we feel sorry for. So if you think your employment situation is bad, remember there might be a job in the growing industry of turkey semen handling for you. Otherwise, as Thanksgiving draws near… Bon Appetit! 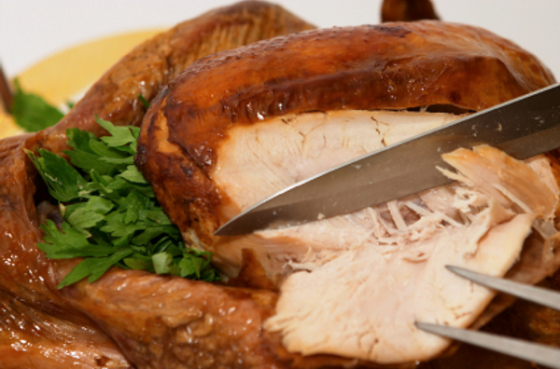