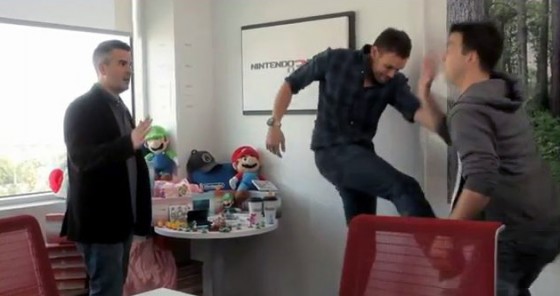 Joel McHale rules. It just needed to be written. Recently the Soup/Community star took time out of his busy schedule to become a pitchman for Nintendo. But Joel wasn’t content making just any ol’ run of the mill commercial. Being the Internet savvy guy that he is, he knew going viral was the only way to fly. And by viral I mean kicking an intern in the groin, marching out bikini clad chicks and dropping accusations of racism. It’s a great big bundle of win.