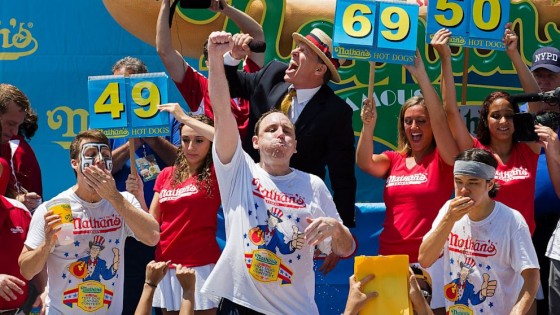 Joey Chestnut has clearly overtaken Takeru Kobayashi in the American consciousness when it comes to the Nathan’s Famous Hot Dog Eating Contest. Chestnut has won every title, with one exception, since 2007. Kobayashi has not returned to Major League Eating since, so now Joey Chestnut is the biggest star in the world of eating. His ten Mustard Belts surpasses Kobayashi’s six and makes him the greatest hot dog eater ever. 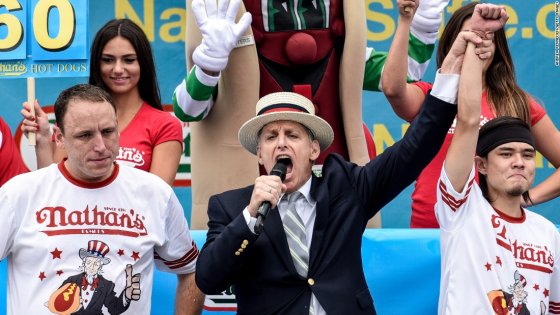 In 2014, his dominance appeared to be dwindling though, as his margin of victory fell to only 5 hotdogs and buns over a new challenger, Matt “Megatoad” Stonie. Stonie is only 25, and is indeed the future of competitive eating. He was able to overtake Chestnut in 2015 by a margin of two hotdogs. Joey Chestnut was not going to let that stand though, and in 2016 he came back in triumphant fashion, by eating an astonishing 70 hot dogs in 10 minutes. Chestnut actually set a new record at a qualifying event, when he downed 73 Hot Dogs and Buns at the 2016 National Capital BBQ Battle in Washington, DC. 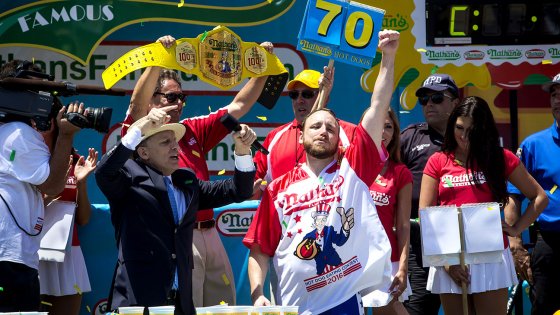 Chestnut is now the undisputed Hot Dog Eating Champion of the World, and a legend in competitive eating. On July 4th, Joey Chestnut will once again defend his Mustard Belt title at the corner of Surf and Stillwell Avenues in Coney Island.

The Nathan’s Famous Hot Dog Eating Contest has become a 4th of July sports tradition, with ESPN broadcasting the event for over 10 years straight, and renewing their contract for the next 10 years. So we thought it would be a good time to take a look at what an amazing athlete Joey Chestnut is. For instance, this ESPN graphic shows exactly what a feat it is to eat 69 hot dogs in 10 minutes: 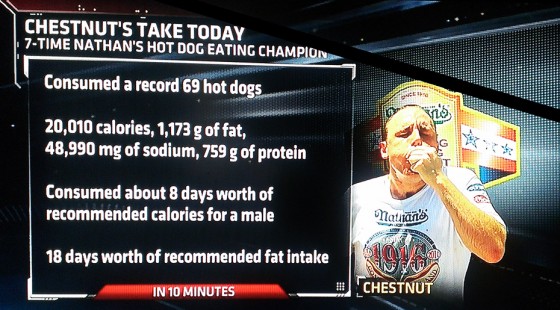 Chestnut was also featured in an amazing installment of Sports Science back in 2011, which further examines his athletic prowess :

That video is fairly old, but check out this feature below, produced for this year’s Nathan’s Famous Contest :

So make sure you take some time out of your schedule on July 4th to tune into ESPN2 at Noon, for an event that has become a part of Independence Day tradition across the country. Can Joey Jaws win again? 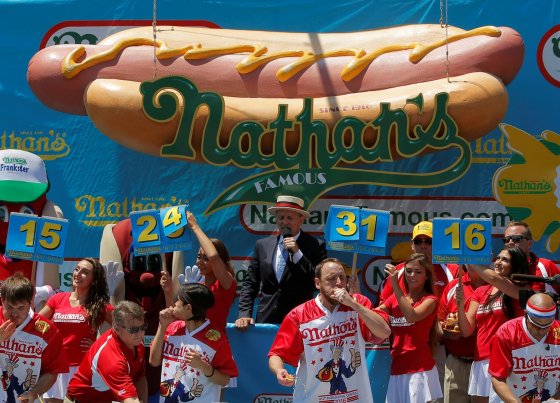