Sports > Football > John Elway Must Put Away His Ego

John Elway Must Put Away His Ego 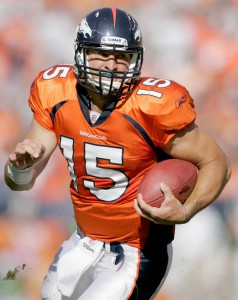 There isn’t anyone associated with the NFL that is more conflicted than John Elway. He came into his first year as general manager of the Broncos looking to reinvent the legacy he had created while acting as the face of the franchise during his regime as starting quarterback.

The scenery has changed, however, and the Broncos no longer have a smooth, pocket passer running the offense. They are instead led by a gritty, physical runner who has stolen the hearts of the Denver fanbase.

Tim Tebow is a general manager’s worst nightmare. The fans are in love with him, but the consensus opinion from the front office guys around the league is that the style of offense that he is best-suited for is incapable of longterm success in the NFL. After Kyle Orton started the season poorly, Elway and company decided that they would give Tebow a shot, if not to prove to the infatuated fans that the team could not win with a run-first quarterback.

To his subliminal dismay, a player who he did not want was leading the team to victory. His numbers were horrible, the experts berated him, but as one Skip Bayless will tell you, the man just wins football games.

In my mind, Elway has one move, and he needs to make it quickly. What does he have to lose by publicly embracing Tebow? He sells the most jerseys of any player in the NFL, and has built a reputation for the Broncos as an interesting and dangerous team. If anything, his lack of offensive efficiency has brought to light the outstanding tenacity of the Denver defense.

Once the coaching staff puts in some time with Tebow to develop him as an accurate passer, the Broncos’ offense will become far less one-dimensional. Tebow doesn’t need to do a 180 and become a gunslinger, he simply needs to complete the passes he is asked to make.

Let’s not kid ourselves; Tebow was so horribly inaccurate in the first three-quarters of the Broncos’ game against the Jets that Elway could have completed more passes throwing with his left hand. For all the cynicism that surrounds the sport, we must remember that there is always room for change and progression.

Granted the Chargers secondary isn’t top of the line, but Tebow looked much better as a passer only ten days after the most putrid air showing I have ever seen, at least competent enough to convince me that he is the future quarterback of the Denver Broncos. Give him a tight end and time to develop chemistry with his receivers during the offseason and the Broncos should have no problem contending for the AFC West every year. The reason for the Broncos’ success this year, however, doesn’t lie directly with Tebow.

The Broncos are in a position to win both now and in the future, and by comparison Tim Tebow hardly has anything to do with it. Von Miller has played as well as any defensive player in the NFL this season, and is all but a lock to win Defensive Rookie of the Year. His play, along with that of the oft-injured Elvis Dumervil, has been a huge part of the Broncos’ overall success.

The Chargers put up 38 points against the defending champion Packers, yet the Broncos held their high-octane offense to a mere 13 points. Despite aging veterans such as Champ Bailey and Brian Dawkins, this defense has yet to reach its net potential. Draft to build the secondary, and this defense will be a stalwart for years to come.

Their rushing attack will only get better once Knowshon Moreno returns, although he has yet to make a significant impact. As receivers Eric Decker, Eddie Royal and Demaryius Thomas continue to develop alongside Tebow, the Broncos offense will be just fine.

John Elway had dreams to build a dynasty in Denver around a gifted passer, perhaps with a makeup similar to himself, but he will have to come to terms with reality.

Elway is conflicted, because while the Broncos are now 5-1 with Tebow running the show, he is by no means satisfied. It could take a Super Bowl appearance to sell the Hall of Famer on Tebow, which is a shame. Not only do the Broncos now put the most polarizing team on the field every Sunday, but the Denver faithful have something no other fanbase can attest to: Tim Tebow. 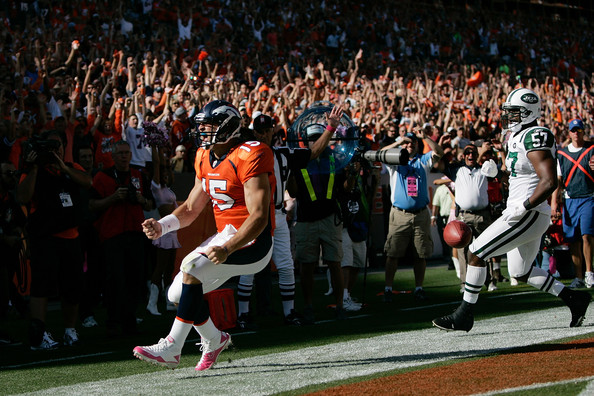