Media > Celebrities > John Stamos In ‘Never Too Young to Die’

John Stamos In ‘Never Too Young to Die’

Have You Seen John Stamos In ‘Never Too Young to Die’?

If you answered “yes” to the above question, drinks are on me. If you haven’t seen the movie in question, 1986’s Never Too Young to Die, it’s cool. We’ll wait. 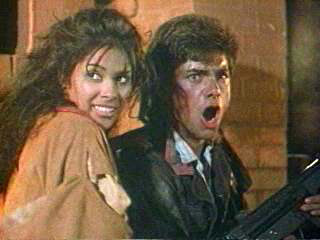 Everyone’s favorite fictional TV uncle, John Stamos, stars as Lance Stargrove, a gymnast and scholar whose commando father is killed defending America from Velvet Von Ragner. Ragner is not only a ruthless terrorist, but also a hermaphrodite who moonlights as a glam-rocker. In a display of perfect casting, Ragner is played by Gene Simmons. Not really a stretch, I suppose. Ragner’s signature move is stabbing losers in the chest with his pointy, painted fingernail while his minions chant, “The finger! The finger!”

Fans of ’80s action cheese should definitely not sleep on this movie. It’s like a perfect storm of expertly juggled clichés, with Gene Simmons rocking fake tits for good measure. During the final showdown between Stargrove and Ragner, they may or may not flash said fake tits. I kind of blacked out by that point. There is some sort of thin plot involving poisoning a city’s water supply, but you’ll be too busy laughing your face off to give a shit about exposition or coherence.

It’s a shame this didn’t become a hit franchise. Just think of the action figure possibilities… 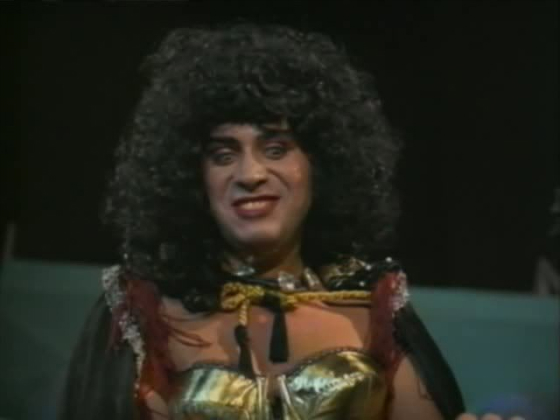