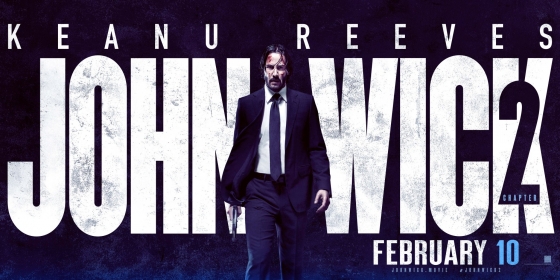 The rawness of 2014’s unexpected audience favorite John Wick caught many off-guard. It was too easy to write off another film starring The Matrix‘s Keanu Reeves featuring bullets flying and nifty martial arts choreography… or so the trailers led us to believe. Yes, John Wick had all of that, but it also had so much more; at its core lay a heart and soul, a rarity in American big-bang actioners. 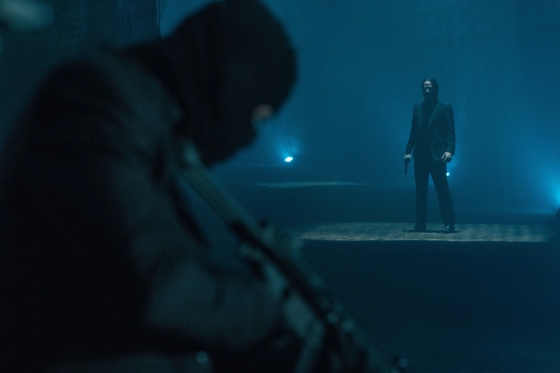 Viewers found a thrilling, yet curiously odd kinship with the story of a widowed ex-hitman vowing and exacting his brand of vengeance on the son of a Russian mob boss (and anyone standing between them) for stealing his beloved 1969 Boss 429 Mustang and killing the puppy his wife posthumously gifted him. 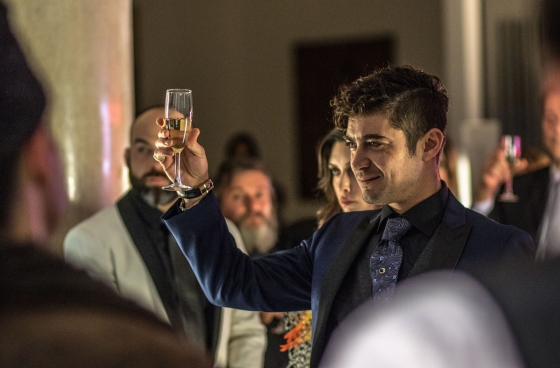 John Wick was an immense, blowout introduction to this mythical, near-mystical shadow world, where killers and mobsters alike move among us, but not with us. Honor and loyalty are equally as valuable as the gold coins which serve as this universe’s currency, and woe betide you if John Wick (Reeves) – nicknamed “Baba Yaga,” or “Boogeyman” by his Russian mob handlers – had a reason to have you in his lethal gunsights. 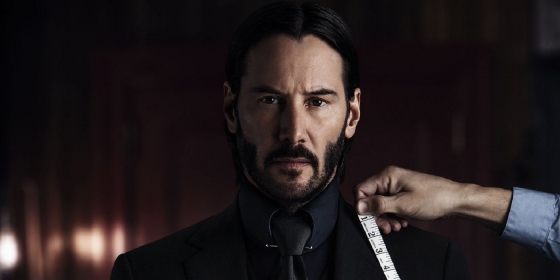 Well, he’s back for more in John Wick: Chapter 2, which – after violently and efficiently wrapping up a significant loose end from the first film – finds him putting his guns away, hoping to finally settle down and find the peace he’s longed for since his wife Helen’s (Bridget Moynihan) sudden death. 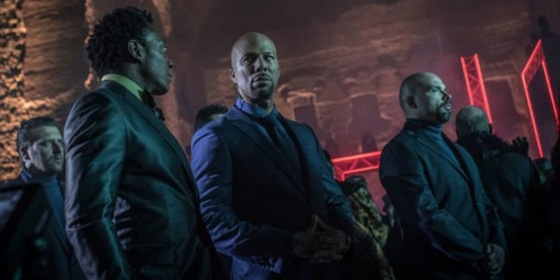 Of course, there would be no movie if he was granted said peace; almost as soon as the concrete’s laid back over his weapons cache, trouble comes knocking on his door in the form of one Santino D’Antonio (Riccardo Scamarcio). Santino’s one link away from being on the High Table – apparently the head of the assassin consortium to which Wick belongs – and he’s literally calling in a marker which Wick has pledged in blood to repay. The target? Santino’s sister Gianna (Claudia Gerini), who has replaced her recently-deceased father at the High Table. 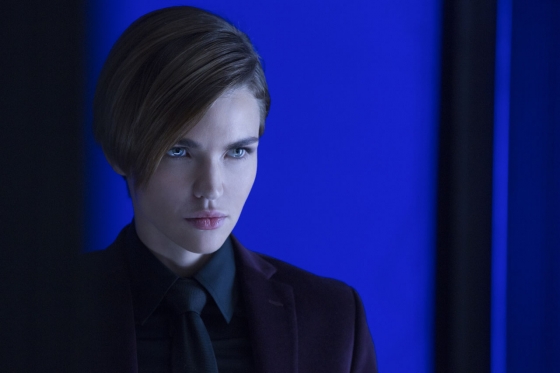 It’s easy to say John Wick: Chapter 2 is a retread, but that would be lying. Sure, some of the same action beats are hit, and the tempo’s almost the same as the first. But does it uphold the high quality of both the action and story which returning director Chad Stahelski and writer Derek Kolstad painstakingly established in their first go-for-broke-and-leave-it-all-on-the-table movie? Yes, John Wick: Chapter 2 is just as good as the original, retaining its workmanlike, Spartan ethic while still finding time for unabashedly gleeful and complex shoot-‘em-up set pieces, which is where this film shines. 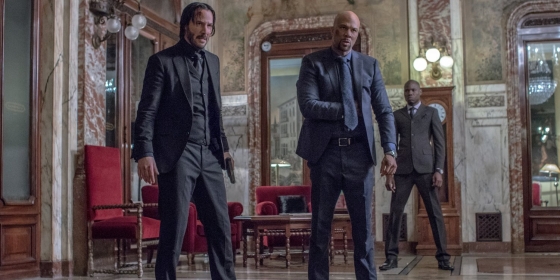 Stahelski and cinematographer Dan Laustsen do something always appreciated in action films: they let you see the fights with long takes and wide camera angles. You’re not stuck in the middle of it with the camera lashing around like a loose sail in a storm, like the kind of nauseating photography found in the Jason Bourne films. Nor has every sequence been edited like a ‘90s music video, with cuts happening every half-second, rendering the scene incoherent. 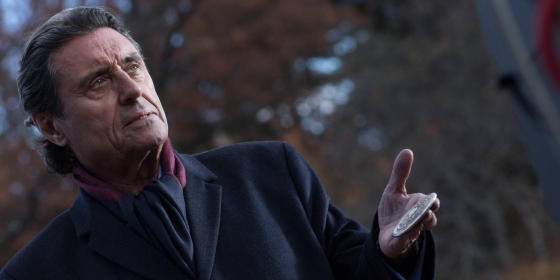 With both John Wick films, you’re given great vantage points to truly comprehend and experience the work put into the fight/stunt choreography and the special effects work going into every fight or shootout. This gimmick-less naturalism is a key component to how these films rise above a lot of modern-day action films (The Raid and its sequel excepted), defining the film as much as its hero does. 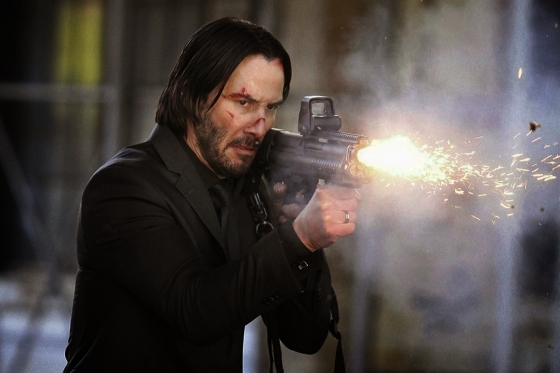 Reeves shows the magnificent results of the homework he’s done with every combat scene, whether armed or hand-to-hand. Having known him as a performer since 1986’s Babes in Toyland, it’s not hard for me to be amazed at the trajectory his career has taken and the iconic roles he’s carved out and made his own. Gone are the days when he’d be dismissed as Ted “Theodore” Logan; he gives Wick a humanity and humility which would escape most Hollywood actors in similar roles. Yeah, the guy can snap your neck just by punching you, but Reeves chooses not to play him as a superhero; instead, he’s a man with a job which needs to be done. He may not like the job, but he’s going to do it, whether you’re in his way or not. 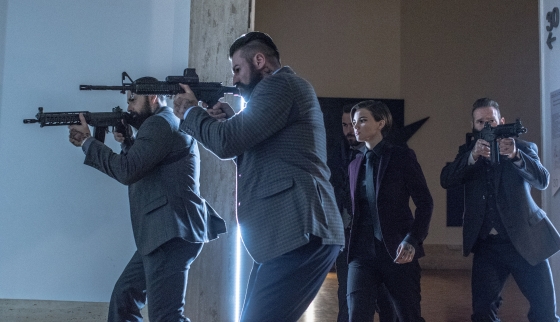 Formidable opponents are found in Gianna’s bodyguard Cassian (rapper-turned-actor Common) and Santino’s chief of security, the mute Ares (Ruby Rose). Also in them are found some of the film’s lighter moments – well, y’know, when they’re not slugging it out in a hall of mirrors or taking silenced shots at each other amid a throng of New York City subway riders. Of course, the only time you can have a “light moment” in a John Wick film seems to be in the sanctuary safety of The Continental Hotel, which we find to be a multinational chain, with a special appearance by Franco Nero as the manager of the Rome establishment. 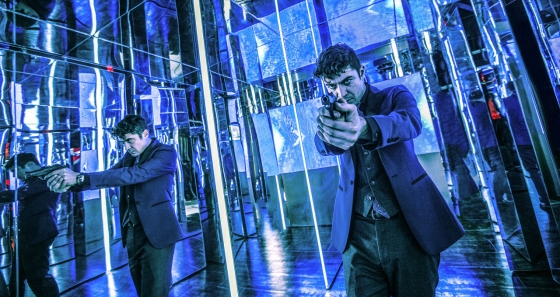 John Wick and its new second chapter recall shades of the straightforward, gritty revenge dramas of the 1970s, where the only speech coming out of the characters’ mouths were germane to the screen action without resorting to the banal. What’s to admire about them is how much they achieve in both style and substance, always putting their best foot forward and never getting it caught in dopey trappings of a tired genre. Neither John Wick nor John Wick: Chapter 2 are seeking to reinvent the wheel; they are only trying to make the best version of the wheel they can, leaving us with a lasting, enjoyable ride. Consider John Wick: Chapter 2 to be a worthy follow-up to a modern-day classic action film.