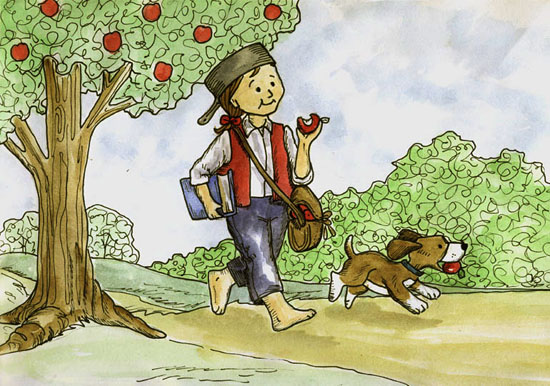 Johnny ‘Appleseed’ Chapman is a beloved icon in America. The popular legend is that he went around the country planting apple trees out of a love for the environment as well as to just give people juicy apples to eat. Appleseed would wander around barefoot wearing a pot as a hat communing with nature as well as animals. While it is a beautiful picture, the real John Chapman was a bit different.

The picture of Chapman is generally correct. He did, in fact, walk around barefoot. Chapman loved being outdoors and, by all accounts, loved animals. He also planted apple trees… very strategically. Chapman would find areas where he either believed or knew settlers would move to. He would then fence off the land and plant an orchard. In many areas, this activity was claiming the land for your own. Therefore, Appleseed seemed just as interested in a real estate business as anything to do with apples. Appleseed established orchards in several states. The apples also were not all for eating either. A popular drink during Chapman’s lifetime was hard apple cider. For the record, this was an alcoholic drink. If someone today went around to undisturbed land to plant orchards as a real estate grab with the express purpose of making an alcoholic drink, that person would not be seen as an environmentalist or icon.

Johnny Appleseed today would be seen an opportunist as well as the worst part of a corporate environment. He would be seen as someone disturbing the environment in order to further his own ends. Appleseed remembered where each orchard was and visited every couple of years to keep a stake on his claim. The apples from his orchards were also sold (and not given away). There is nothing really wrong with what Chapman did, but it is wrong more people do not realize it was capitalism at its finest. For more information on this frontier corporate industrialist, please read Michael Pollan’s Botany of Desire. Now, you can start an argument with the same people who feel compelled to trash Christopher Columbus every time his name is mentioned. 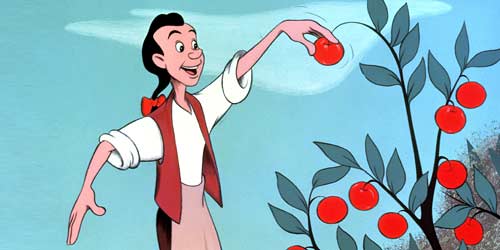