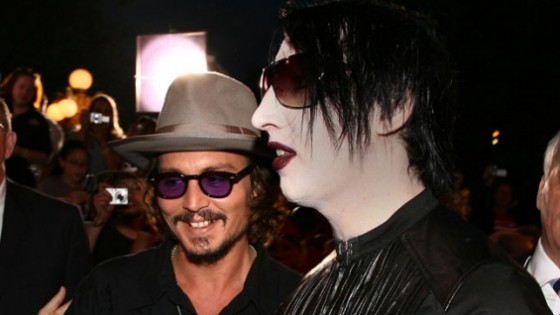 This is either extremely ironic or extremely sarcastic, but I’m not sure which. I mean, I like Depp and he appears to be a fairly genuine person. That said, has the guy ever appeared in public or on film looking like a dirty bum? If he’s not vain, he’s at the very least impressed with his own unique style. As for Manson, well, while raging against a society obsessed with physical appearance, he still finds time to scream, “HEY, PLEASE LOOK AT ME, ‘CAUSE I’M DIFFERENT!!.”