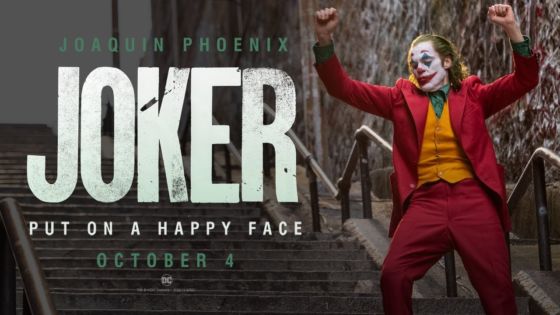 During times like these, is a film like Joker, explicitly designed to push buttons and start conversations happening, necessary? Undoubtedly, it will be the most talked-about film of the year for myriad reasons, both positive and negative. The current sociopolitical climate in the U.S. also makes this film dangerous, but it’s arguably a competently-made, well-acted piece of art with a dubious power. Much of this power derives from Joaquin Phoenix’s gorgeously sleazy, on-tilt performance as insane narcissist Arthur Fleck, but there are other factors which give this film its ambiguous strength. 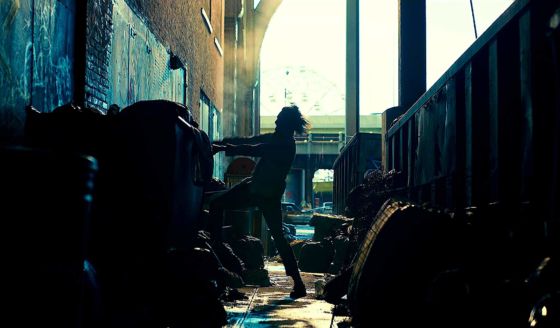 Its groundswell starts amid its backdrop of a filthy, angry Gotham City, the likes of which we’ve never seen in any film sharing this location. This version of Gotham comes straight out of Martin Scorsese’s Taxi Driver where the hustle and bustle never stops, X-rated theaters are proudly displaying ads for their offerings, and a sanitation strike has caused trash to pile up on city streets. The film’s color scheme seldom deviates from this dun-colored glop of seedy America, making scenes around the moneyed – the stark whites of Wayne Manor and the vivacious set of Murray Franklin’s (Robert DeNiro) late-night talk show – almost annoying by comparison. 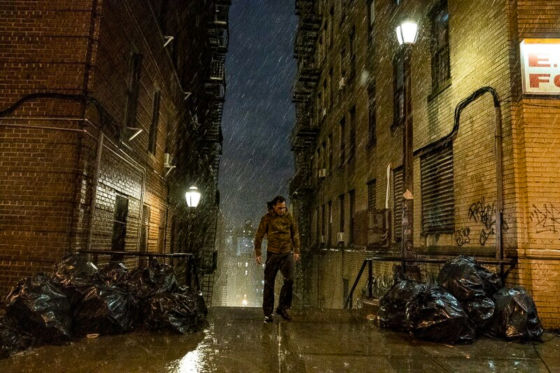 Other production highlights include Lawrence Sher’s era-appropriate photography which makes the viewer palpably feel the slime of the city. At one point, the picture makes the stink of the Gotham subways so thick, you’d swear it was being piped in through the theater’s air conditioning unit. Likewise odorous is the tiny apartment Arthur shares with his mother Penny (Frances Conroy); one can almost whiff noxious perfume barely covering the stench of decay and neglect. We’re also sunk directly into each location with expansive shots capturing each large edifice as it dwarfs those walking below it. 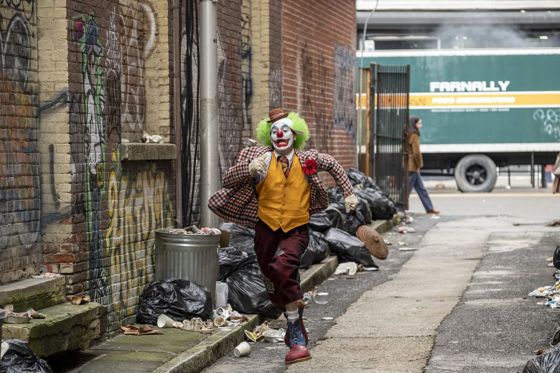 Strolling these streets is Arthur, hired as a clown for jobs ranging from sign-flipping to visiting children in hospitals. As we learn, Penny has filled him with the want to spread smiles throughout the world, an ideal which keeps him coming back to this job after brutal beatings, co-worker interference, and managerial problems. But he’s also saddled with physical damage which has manifested itself through his uncontrollable fits of laughter which further alienate him from society. He doesn’t relate to the world outside his skin, seemingly a few figurative inches above everyone and everything else. 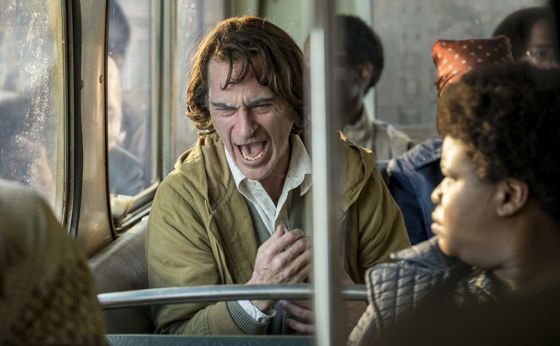 Phoenix’s physical and mental transformation is startling; his insanity-forced aloofness works in concert with his haggard looks and malnourished body to create one of the most unpredictable and scary characters in cinema history. His slow turn from barely-functioning to full-blown psychotic nihilist comes off frighteningly well, tapping into a darkness not seen since the late Heath Ledger’s 2008 turn in as the Joker. Arthur is victim of bad circumstance and systemic breakdown, and Phoenix gives Arthur genuineness in this regard; he’s not some kill-happy psycho in the beginning, but rather reacting to how ugly and horrible people are to each other. 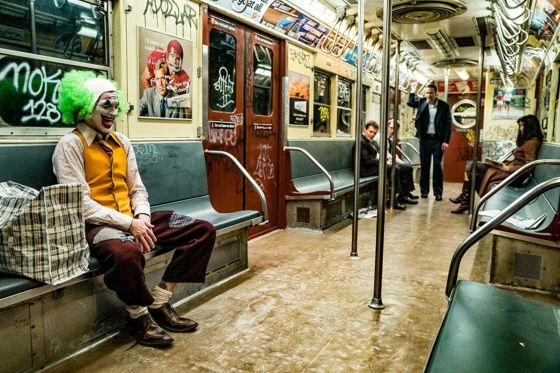 This ugliness comes from everywhere; an inattentive social worker, his peers at the clown agency, Wall Street suits, his mother’s former employer Thomas Wayne (Brett Cullen), and even his mother herself force him to retreat into the safety (or comforting danger?) of his own mind. As the film goes on, his circle gets smaller and smaller until it can include only himself, and even then, it’s merely a matter of time until the breaking point is not only reached and breached, but utterly destroyed to the point of serious consideration of suicide. Not even a friendship with neighbor Sophie (Zazie Beets) is safe to him; her unexpected and surprising interest in him comes with its own caveats and danger. 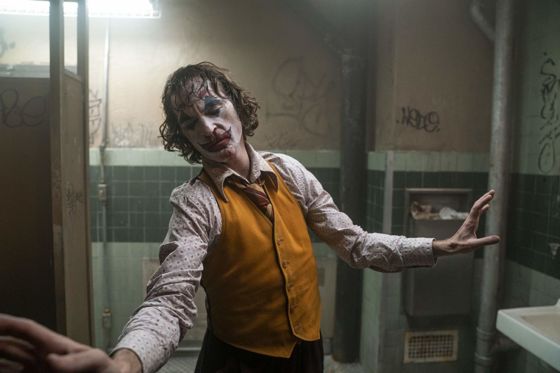 Not one moment’s peace is given in director/co-writer Todd Phillips’ nightmare vision of Arthur’s descent into hell. It’s a hell he cannot seem to escape; whether it’s a solitary moment or amid chaos in the streets, Phillips makes the screen an uncomfortable magnet from which you cannot pry your eyes. We are at once drawn to and repulsed by Arthur’s jaunty saunter away from reality, the audience rapt in the grip of a master actor making sure you feel every moment of it. 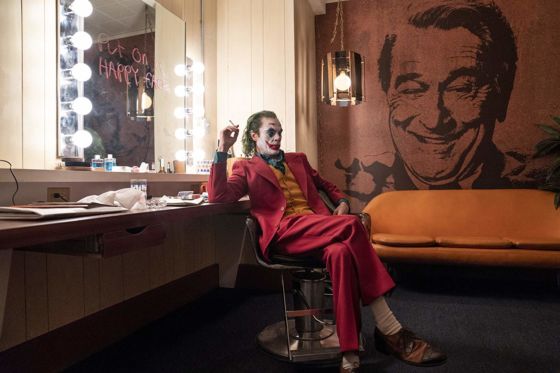 The film pushes us completely out of our comfort zones by diving deeply into a possible explanation for the Joker’s insanity. It’s all too easy to get comfortable with previous filmed incarnations of this character because we start each film with him already in full beast mode; are we indifferent because we don’t see exactly how these psychos became psychos? Joker doesn’t simply describe stories of how he becomes who he is, like the ending of Alfred Hitchcock’s Psycho; we’re here to watch the final days when holding on just wasn’t cutting it, awaiting the moment the already-frayed tether to reality finally snaps. 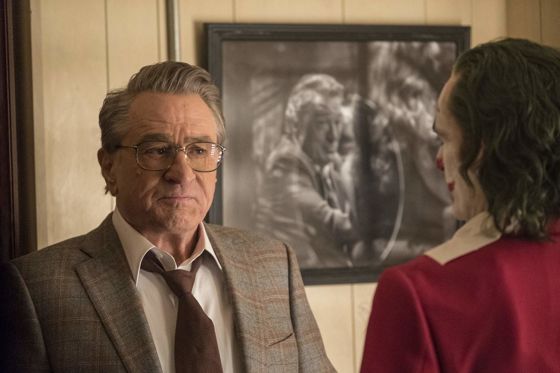 Joker works on another level by preying on the part of us which wants to step in and intervene. Phillips has fashioned a movie which might have been at home at a New York City grindhouse theater in its 1981 setting. The film isn’t clever, and it doesn’t feature “hot” actors delivering punchy and smartass dialogue; it goes beyond our cutesy sense of “throwback” by using our involvement to our folly, much in the way films did back then. Our levels of respect, personal freedom, views on healthcare and science, and how we treated the clinically insane and injured differed greatly, and our modern-day feelings cannot easily reconcile themselves with the way this movie operates. 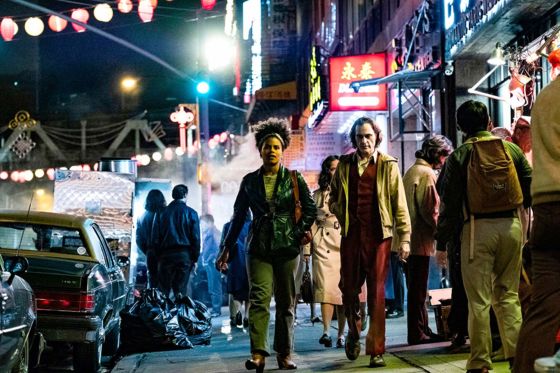 It’s a hard thing, to know about us before we got to where we are today as a society, and Joker spares us nothing in showing us how each step through Arthur’s splayed sense of reality takes him further and further away from sanity. To be sure, there’s a huge, metaphorical middle finger directed at the current White House administration and how it became a movement (which took up a whole paragraph of this review before being deleted), and it becomes a part of the many ingredients which make Joker a rare movie which forcefully shoves us into its sickening miasma of discomfort.

Joker is a rare movie which forcefully shoves us into its sickening miasma of discomfort.