The ongoing feud between suspended Saints linebacker Jonathan Vilma and NFL commissioner Roger Goodell has reached culinary proportions. Vilma — along with fellow Miami Hurricane alums D.J. Williams and Jon Beason — is part owner of a new restaurant in Miami called Brother Jimmy’s BBQ. As owner, he has the right to refuse certain customers if he so chooses. Especially one he considers to be his enemy. 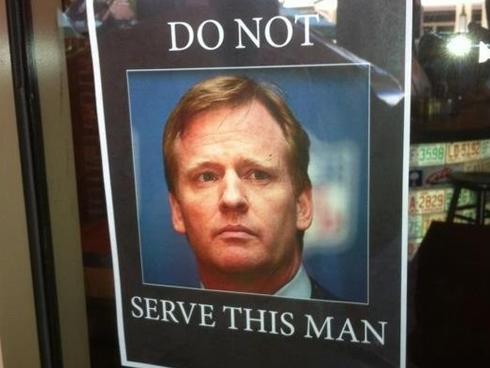 Ouch. I guess Rog will have to go elsewhere for BBQ.