Sports > Football > Josh, Jay and the Monsters of the Midway

Josh, Jay and the Monsters of the Midway 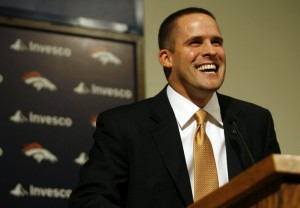 January 11, 2009: The date that will live in infamy for all Denver Broncos fans. For that was the day former Bill Belichick disciple and franchise savior Josh McDaniels was hired by owner Pat Bowlen to reclaim the Lombardi Trophy for the Broncos. It was puppy dogs and ice cream for the orange crush faithful. The “It” coach with the high football acumen would be manning their sidelines come September.

McDaniels’ resume spoke for itself: The genius behind the record-setting 2007 Patriots’ offense that scored 75 touchdowns; the offensive guru responsible for rescuing the 2008 season from oblivion after Tom Brady’s opening weekend knee injury; the immortal being who utilized his Svengali-like powers to transform hasn’t-started-a-game-since-high-school quarterback Matt Cassel into the next, ahem, Tom Brady. 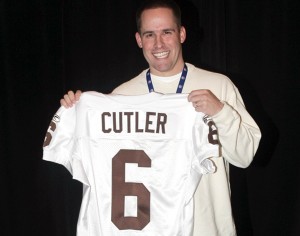 It seemed like a perfect match; a marriage that would defy the odds. McDaniels sashayed into Broncos’ headquarters as if he were Gisele strutting down the catwalk at a Paris fashion show. He smiled ear-to-ear and proudly displayed quarterback Jay Cutler’s #6 jersey. It was a veritable dance party in the Rocky Mountains. Good times, good times.

Then the CD skipped. What ensued has quickly become part of pro football lore. Here’s how wunderkind Josh McDaniels managed to ruin a great situation, and drag the Chicago Bears along for the ride. Forgive the haphazard time line, but it’s the easiest way to extract the meat and potatoes of this classic off season saga. (One note: Some of the sources used for the following trip down memory lane cannot be considered reliable.) 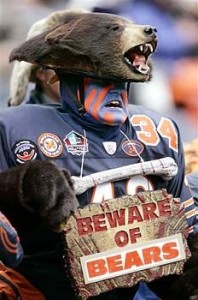 In the game of football, youth will always be served on the field. However, handing the coaching keys to a 32-year-old assistant in way over his head doesn’t seem very prudent. So far, things have not gone swimmingly for Josh McDaniels. On the bright side, they can’t get much worse. Right?

As for the Bears, they volunteered to become participants in this offseason fiasco. But at least they were able to land a franchise quarterback for all their trouble. Which of the two teams got the better end of the deal won’t be known for years. Until that time, football followers will be left to wonder what might have been if Pat Bowlen had not elected to hire the “It” coach.