Grub > Liquor > Reign On with Dr. J and Crown Royal

Reign On with Dr. J and Crown Royal 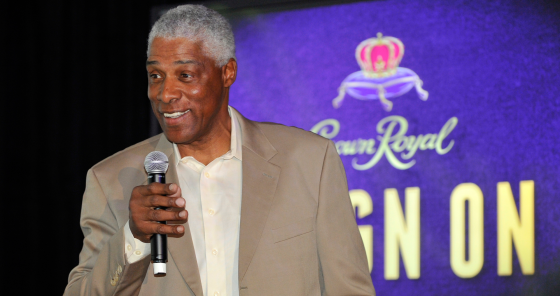 The Original Godfather of Dunk, Dr. J is prominently featured in a new ad campaign with Crown Royal Whisky which launched last week at the NBA All-Star game in Houston. Julius Erving teamed up with Crown for the “Reign On” campaign which encourages adults to live life to the fullest and celebrate success in style. Check out the commercial below :

…and here is a behind the scenes look with Dr. J making the ad :

Whatever happened to that Afro? Maybe Jimmy Kimmel bought it :