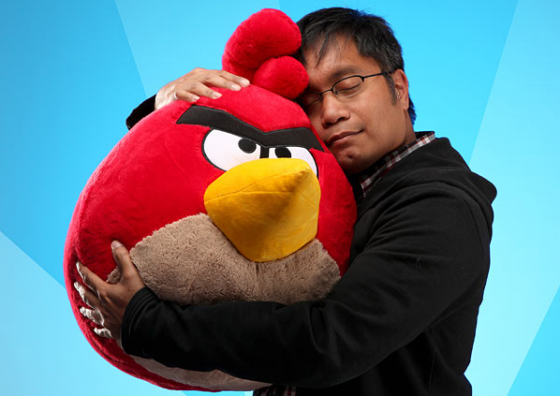 Angry Birds is the Tetris and Mindsweeper of 2011. But unlike Tetris and Mindsweeper, Angry Birds has character. And with character comes merchandising. But what item best defines Angry Birds? How about a giant Angry Birds plush, one that you can actually throw at people? Sure, it would be more realistic if it were a real giant red bird that you put in a catapult to destroy pigs, but that would cost too much. So for $49.99, Thinkgeek has produced a huge, lovable, snugly Angry Bird. Unlike your carnival stuffed animals, which are filled with Styrofoam, this one is super cuddly and won’t seep its innards! It’s best used for destroying sofa-cushion forts.

Currently, only the big red bird is available, but more are on the way, including pigs. Order this and keep an eye on Thinkgeek.com for more.