Sports > The Justice League of Pro-Athletes

The Justice League of Pro-Athletes 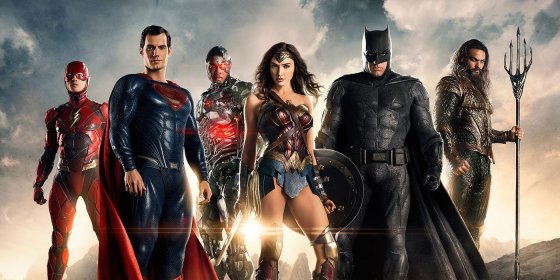 On November 17th, one of the year’s biggest superhero movies will hit theaters when Justice League opens up nationwide. It marks the first crossover film, and fifth film, in the DC Comics Extended Universe. Man of Steel, Batman v Superman: Dawn of Justice, Suicide Squad, and Wonder Woman are the first four films in this universe, which culminates in the release of Justice League.

The Justice League is a group of meta-humans that was formed by Bruce Wayne and Diana Prince following the death of Superman, to fight the evil super-villains that begin to emerge because the superhero with God-like powers is no longer alive. The team consists of Batman, Wonder Woman, The Flash, Aquaman, and Cyborg. There is also one more member of the team but since he died at the end of his last film, we can’t assume he makes an appearance in this one, although we hope he does. 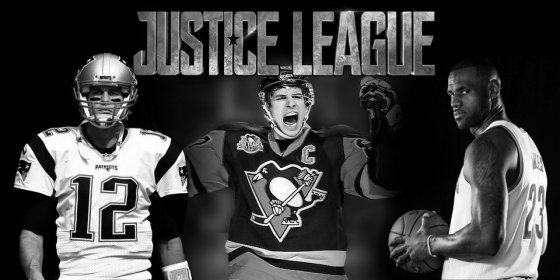 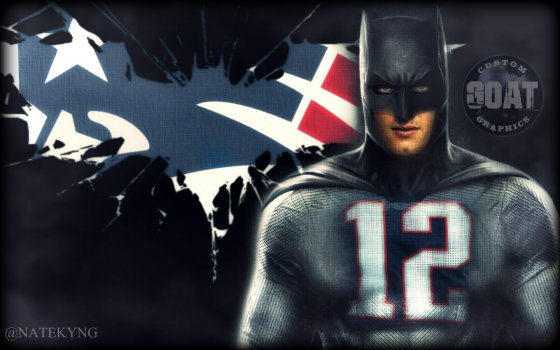 There are a few obvious reasons why Tom Brady would be the Batman in our Justice League. For one, he is a winner. Tom Brady has been winning since he was a teenager at the University of Michigan in 1998 and 1999 where he won 20 of 25 games as their starting QB. He also led the Wolverines to wins against Penn State, Ohio State, and Alabama in the Orange Bowl.

He has also had a string of career comebacks and is never truly out of it. Even at 40 years old, Tom Brady is proving to be one of the league’s best. Let’s not forget about the array of supermodels and celebrities he dated before marrying the Queen of all supermodels, Gisele Bundchen.

Finally, besides all of the countless number of villains and enemies that Tom Brady has, he also has a loyal fan base, similar to Batman. 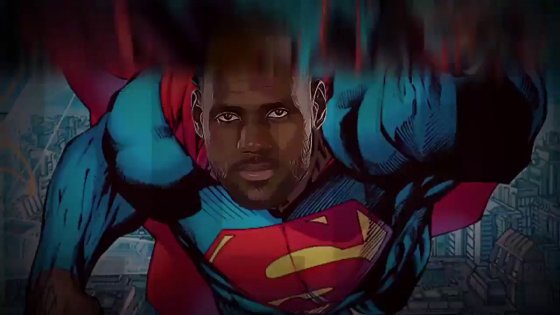 Since he was a child, Lebron James was destined to play basketball. He was never meant for anything else and God made sure of that by blessing him with the greatest of size, strength, and skill. So, just like Superman, Lebron James was born a superstar that will one day be able to do everything.

Much like Superman, Lebron James is good at every single aspect at his sport. Superman has all of the special powers and moves that a normal hero would only have one or two of. Lebron is one of the only players in the NBA that can score, rebound, pass, defend, and lead on a nightly basis. 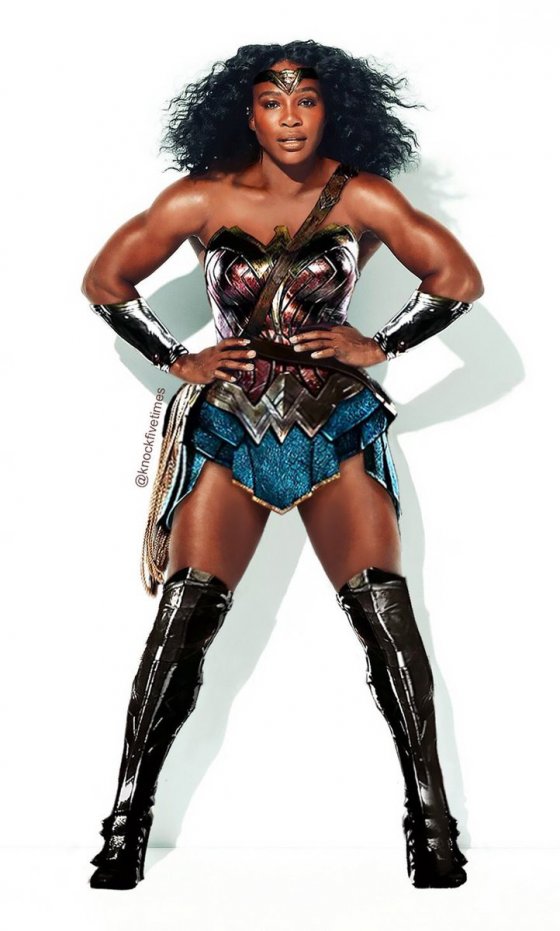 Self magazine did a cover featuring Serena Williams dressed as Wonder Woman, and it was fantastic. When they asked Serena about Wonder Woman, she replied, “I am who I am. I love who I am. Just that whole attitude of being strong and powerful-that’s something I can get behind.”

Even without that magazine photo-shoot, we already knew that Serena Williams was going to be our Wonder Woman. She is so dominant at tennis that it is not even fair. Look at her career numbers and tell us we are wrong. She has reached 29 Grand Slam finals, winning 23 of them. That is not including the 14 doubles titles she also won. 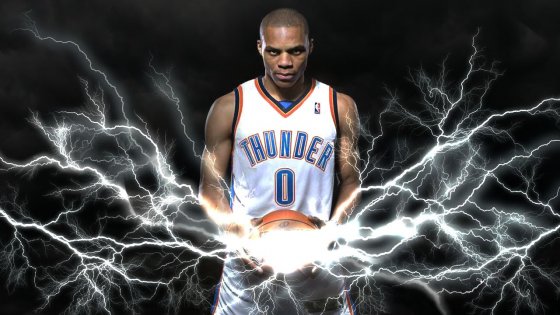 Last season, Russell Westbrook averaged 31.6 points, 10.4 assists, and 10.7 rebounds becoming only the second player to ever average a Triple-Double for an entire season. But he was left without a choice, he had to take over the team once Kevin Durant left for Oakland. The Oklahoma City Thunder were down to one superstar and he was not going to let them falter if he had anything to do with it.

But what makes him The Flash? Easy, his speed and ability to defeat his enemies before they even realized what happened. There are only a couple of players in the last 25 years in the NBA that could takeover a game like Russell Westbrook did last year. One game in particular last season was on December 19th when he took on the Atlanta Hawks by himself. They lost 110-108 but his 46 points came from the 2nd thru 4th quarters and happened when they needed it the most. Or how about in March, when he lit up the Orlando Magic with 57 points in a victory.

When Westbrook is on, he is tough to slow down. He makes plays so quick, it makes us want to really check and see if he is a member of the Justice League. 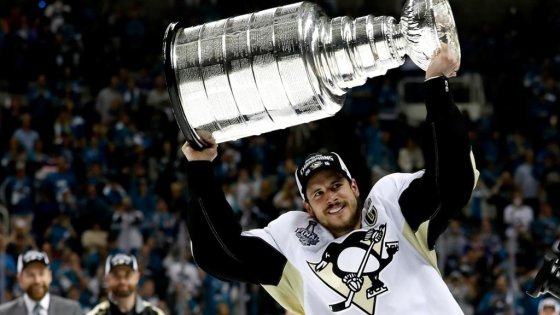 As any other superhero, Aquaman has an origin story. His is a little different from all of the others because he has one huge advantage for himself, he can live and thrive underwater. No other big name superhero shares this ability and the best part of it all, he was born great. His birth was known throughout the galaxy and he was going to become the next great monarch of Poseidonis.

Sidney Crosby knows all about being a legend before he even walked onto a NHL rink. He was drafted first overall in 2005 by the Pittsburgh Penguins after widely being considered the greatest professional hockey prospect ever. During his rookie season he was just 18 years old and ended up finishing 12th in goals, 7th in assists, and 6th in points. That would be just the tip of the iceberg. During his second season, at 19 years old, he would go on to win the Hart Memorial, Art Ross, and Ted Lindsay awards, as well as earn himself an All-Star selection. He has since won more awards and three NHL Stanley Cup titles. 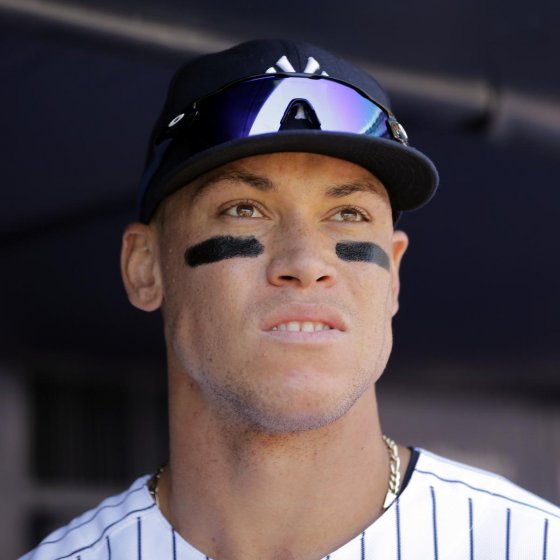 Cyborg, also known as Victor Stone, before his accident, was a high school superstar athlete before he is turned into a cyborg test subject by his parents, Silas and Elinore Stone. As he grows, so does his abilities including super intelligence, among many others. He eventually becomes half-human, half-robot and is talented at just about anything he tries to do.

Aaron Judge, the surprisingly talented mega-human for the New York Yankees, played in 2016 and hit just 4 Home Runs in 95 plate appearances while striking out 42 times in 84 at-bats. He is a monster at 6’7″, 280 pounds, but this gigantic human being had all that size and troubles hitting the ball.

Then, when no one saw it coming, he turned it completely around and showed off his ability to adapt by crushing a New York Yankees rookie record 52 Home Runs, beating Babe Ruth’s record, while adding 124 RBI’s, 128 Runs, and hitting .284. His ability to grow and take full advantage of his power and size makes him the closest thing to Cyborg in sports today.