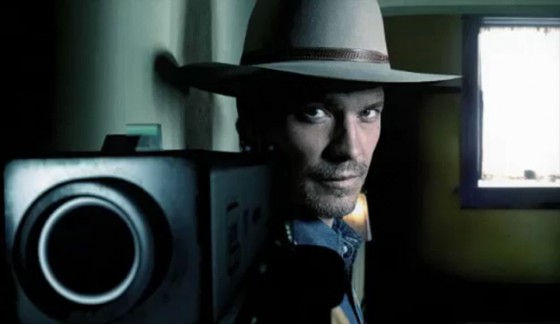 While I thoroughly dug Tuesday’s 90-minute installment of Sons of Anarchy, the best part of the night came during a break when FX ran the first promo for season 3 of Justified, which much to my delight debuts in January. Bitchin’. I don’t know much about the season 3 storyline, but the vivacious Carla Gugino has been added to the cast playing a fellow U.S. Marshal alongside Tim Olyphant’s Raylan Givens. That makes three hotties in one show, joining the sexy Joelle Carter and the sultry Natalie Zea. My libido says thank you. Anyway, the 30-second teaser isn’t very revealing, but it appears Raylan has misplaced his signature Stetson.