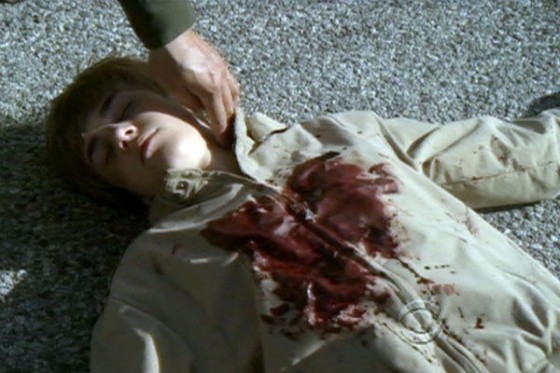 I haven’t watched the original CSI since the late ’80s, so I had no idea the YouTube created prince of shitty pop music and masturbatory fantasies to 14-year-old girls across the globe, Justin Bieber, got whacked on last Thursday’s episode. Well, that’s not entirely true — someone sent me the clip on Saturday, but once I discovered it wasn’t his real death I became enraged and settled into a 36-hour-Jim-Beam-bender, which is how I spend most of my weekends, only this time I had a legitimate excuse to use on friends and family.

Me: They had me thinking Bieber was dead. When I found out is was bogus, I had no recourse but to drink. You understand, right? Oh, and the blacking out in the neighbor’s yard rarely if ever happens.

Best part is they bought it. God bless Bieber.

Anyway, here’s the precocious punk’s demise made 100 times cooler by the sick and twisted fellas from GorillaMask.net.

Bonus points for inclusion of hot chick with M-60.