Kansas Should Probably Just Quiet Down 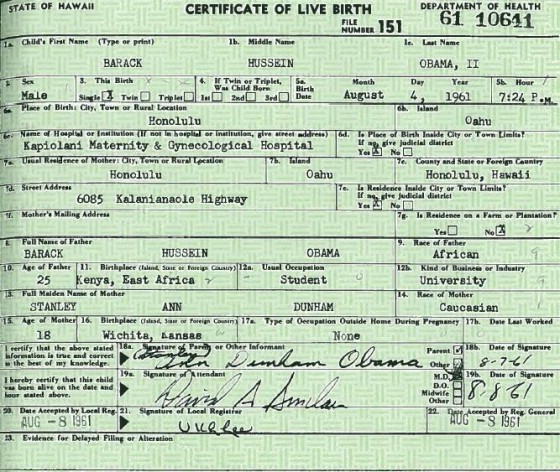 So if you weren’t aware, elections, particularly presidential elections, tend to bring out the crazies. The rational people of Kansas are learning this at this very moment, and are probably engaging in the most epic collective facepalm in recent history. And why, you ask? Because the GOP in Kansas is currently mulling the idea of removing Barack Obama – you know, the guy who is the current sitting president – from the November ballot. Well, we should be more specific, because we don’t want to lump all Republicans in here. We’re just referring to so-called “Birthers” here, who refuse to believe despite actual hard evidence, that Obama is, in fact, a natural born American citizen. You know, like the birth certificate above verifies.

We aren’t just talking about some random wingnuts in Kansas, either, but instead the freaking Secretary of State, Kris Kobach, who is one of several republicans who have decided an actual birth certificate is not enough proof that Obama was born in the US. Either that, or they don’t believe Hawaii is actually a state. The bottom line is that when you’re sharing an opinion with Donald Trump, you’re probably not going to garner a lot of popular support. Careful Kansas, or we’ll make you take Skeet Ulrich for real.