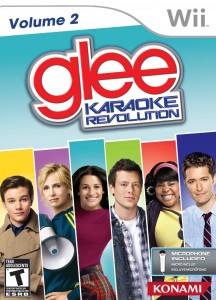 Konami brings one of the highest rated TV shows back for another edition of the Karaoke Revolution series with Glee Karaoke Revolution Volume 2. I was able to test out the game and was highly entertained. Not only did they have some of my favorite old school songs like U Can’t Touch This or Ice Ice Baby to sing or in this case rap t0 but, there are some classic songs that make you wish you were the lead singer in a band. The game play is smooth and is very easy to learn. Never playing a Karaoke Revolution game before, I did not know what to think about this series.  This game is definitely a party favorite must have for you and your friends. Some friends were over playing this game and at first people were shy to sing, but after some time went by everyone wanted to sing. With songs like Dream On and Gives You Hell you want to challenge everyone on who can beat your score. 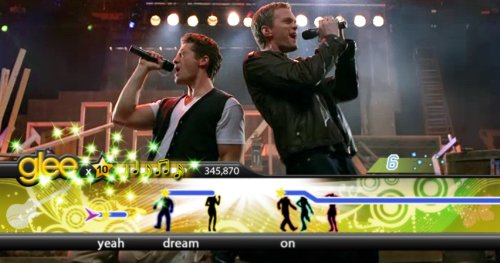 Some of the features include : 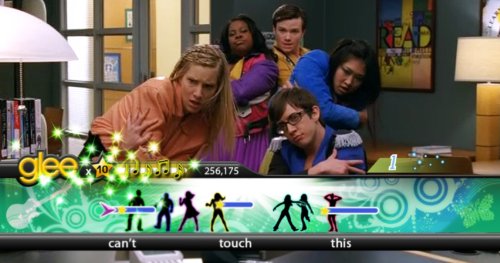 There are twenty songs on the list with songs from different genres of music, but I would have liked to have seen more. Whether you are a fan of the show or not, this game is great for your next party or just to see if you could have ever taken your band out of the garage and into the limelight. The songs are very addicting and you will enjoy playing this game. If you don’t have a microphone for the Wii then you will need to get the bundle version. The game itself sells for $39.99 and the bundle pack with mic sells for $49.99. Check out Konami’s website for more info and you can purchase the game on Amazon. If you are a fan of RockBand and Guitar Hero then you become a fan of Karaoke Revolution.