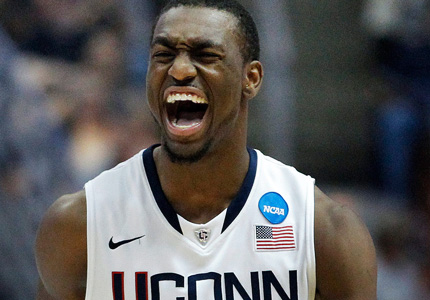 Gunaxin had the pleasure of attending Kemba Walker’s draft party last week at Greenhouse in New York City, which was heavily attended by current NBA players out to support the UConn point being selected by the Charlotte Bobcats with the 9th overall pick. Chris Paul, Serge Ibaka, Hakim Warrick, Brandon Jennings, Kyle Lowry, and Ryan Hollins all made appearances to the party, which was hosted by DJ Skee who we previously interviewed here at Gunaxin. We had a few minutes to speak with Walker only hours after he found out where he was drafted and here is what the Bobcats newest guard had to say: 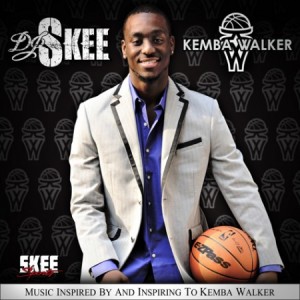 When talking about ending up Charlotte, Walker seemed genuinely enthusiastic, “I am excited man. It is a good situation for me. I am going to compete and bring my winning attitude to the organization.” Despite draft day rumors about Walker potentially sliding out of the lottery because of a knee problem, he dismissed those concerns and ignored any pre-draft speculation about his status. “I told my agent not to tell me anything. I wanted to be surprised where I ended up and didn’t want to get caught up in all the speculation the past few weeks. My knee feels good and I am ready to go.”

Winding up in the NBA is the fulfillment of a life-long dream for Walker who commented that ever since he was a McDonald’s All-American he believed he had the ability to make it into the league. However, he is hungry to prove that he should have went higher than the 9th overall pick. “No disrespect to any of the players taken before me, because they are all great on the court but I have a chip on my shoulder to prove to the teams that passed on me that they made a mistake.”

A potential NBA Lockout is looming which Walker admitted “sucks, because I am anxious to get out there and start playing basketball for Charlotte as soon as possible.”

Walker should step into the starting line-up for a Charlotte team that was only a few games out of the playoffs last year and has the potential with fellow rookie first round pick Bismack Biyombo to turn the Bobcats into a contender down the road. He will be looking to prove doubters wrong that say he can’t transition into a NBA point guard and will look to succeed where other NYC point guards like Sebastian Telfair and Omar Cook have failed.