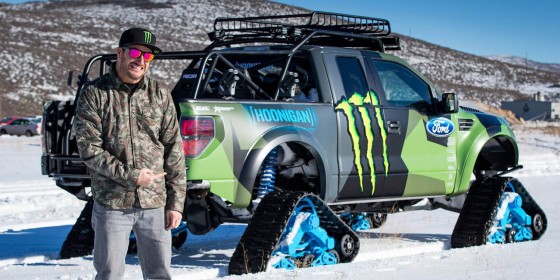 Ken Block is nuts. It’s the good kind of nuts, of course, with his particular brand of nucking futz being centered on cars. And racing. And hooning. And otherwise being one of the coolest dudes on the planet. He also enjoys snowboarding. 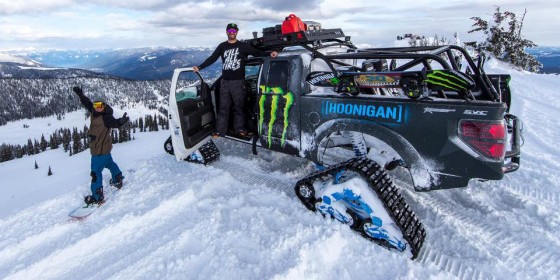 But when Ken Block goes snowboarding, he doesn’t just ride a ski lift and run down the bunny slopes with the rest of the kiddies. No, the Hoonigan has a special rig for it. A snowboarding truck.

Not just any truck, of course, but a Ford F-150 Raptor with snow tracks and a host of specialized equipment just for snowboarding. Which the truck itself is capable of doing. As these videos show.

Who doesn’t wish they were Ken Block? This might be the coolest toy ever built. Well, next to his Hoonigan Mustang, anyway. Makes me want a Monster. 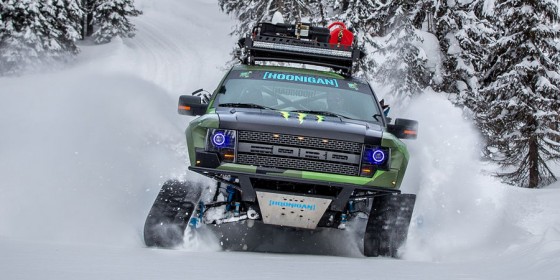