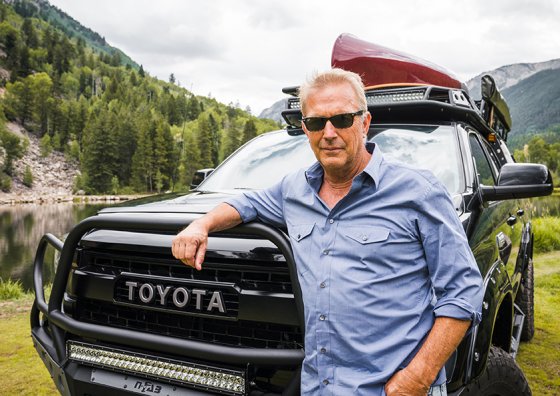 This week we were at the 2018 SEMA Show with Toyota and Trail Trek Tour, where among other awesome vehicles, Toyota had Kevin Costner’s badass Tundra on display in their booth. Now this wasn’t just some SEMA Show vehicle that looks pretty on the floor, but never gets used for its intended purpose. This build was directed by Costner himself, and it was purpose driven to create the truck that he needed for his lifestyle and work.

“Kevin was involved with the project from start to finish,” said Complete Customs owner and chief builder Shaun Freilich. “He had some drawings that he drew personally to convey his concept. I made some renderings based on his ideas, and then we flew out to his home to meet him and work out the final details.”

Despite it being on display at SEMA, Costner has already been using his new truck. We’ll let Kevin explain in this video :

Costner was looking for a sophisticated truck that even his wife could enjoy, so his build began with a Toyota Tundra Platinum. From there he tailored it for work and play with a series of modifications that we would all make to our Tundra, if we had the budget : 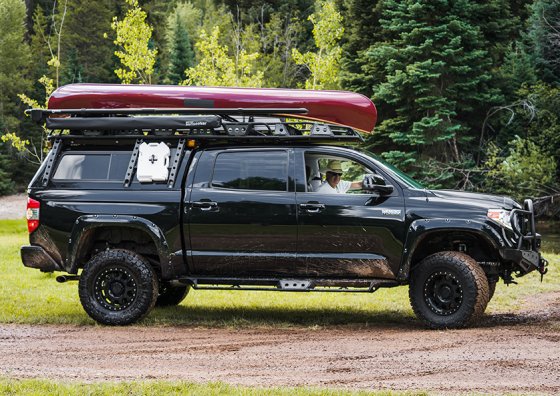 Beginning with a Platinum package truck, the build team at Complete Customs outfitted it with modifications to tailor it to an active outdoor lifestyle. These mods include custom-fabricated front and rear bumpers that integrate Warn winches and Rigid Industries lighting, a two-piece roof rack affixed to an ARE V Series bed shell, and a 4.5-inch suspension lift integrating Fox coilovers and shocks. The Tundra has already seen real world action on fishing excursions at Mr. Costner’s Aspen ranch, as well as accompanying him to Montana for on location shooting of the second season of “Yellowstone.”