Humor > News > Kevin Costner Will Save the World

Kevin Costner Will Save the World 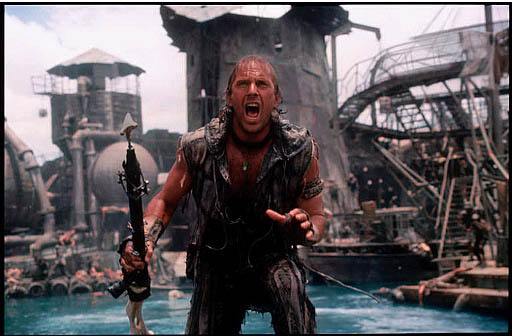 There are probably a lot of things you think of when you hear the words “Kevin Costner.” Horrible British accent, horrible big budget movies, really good at making baseball movies. Oh, and you probably think of Waterworld, one of the most disastrous “epic” movies of all-time. Not disastrous because it’s a disaster movie. Disastrous because it sucked a giant set of hairy, sweaty balls and lost millions and millions of dollars.

Well, maybe the movie wasn’t as much of a giant waste of time as we previously thought. It turns out that the plot got Kevin Costner, who loves him some ecosystem, thinking about how he could save the world should there ever be a giant, disastrous oil spill in the future. As it happens, if you haven’t been keeping up on the news and have been instead been eating oil soaked Fillet o’ Fish after oil soaked Fillet o’ Fish without wondering why it’s stained black, there’s a pretty substantial oil spill going on in the Gulf of Mexico. And Kevin Costner is going to fix it.

It turns out Costner actually has a scientist brother, who we like to think of as the Bunsen to Kevin’s Beaker, and the two have spent more than a decade working on a machine that will separate oil from water. 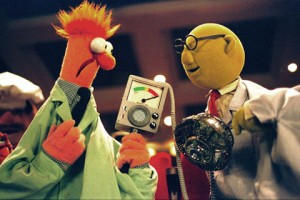 Kevin has poured (Poured? Ha!) $26 million into the machine, which apparently really works. In fact, it works so well that the brothers were putting it on display for BP in New Orleans last week. The test must have gone well, because BP has decided to send six of these machines out into the Gulf to see about cleaning up that nasty spill that just won’t stop. Apparently the machine leaves 97% of the water perfectly clean and oil free. Of course, we still would have preferred if Costner spent that $26 million on something a little more worthwhile, like giving us refunds for Waterworld.