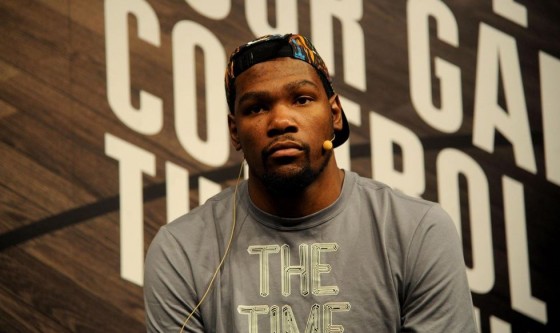 Recently, Kevin Durant said on television that he would take former team-mate James Harden over Dwyane Wade on a list of Sports Illustrated top ten current best NBA players. In an age of relatively uninteresting interviews, this was a bombshell. The two sides even took to Twitter to discuss the outrageous ‘disrespect.’ 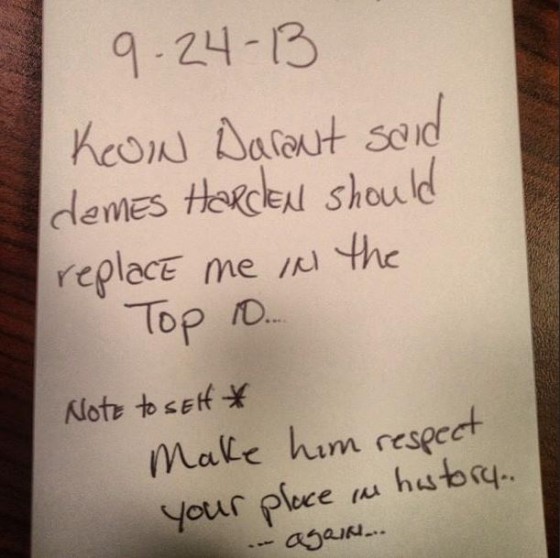 There was an explosion of discussion about whether or not Wade’s bionic knees deserve a place on a list of current best players as opposed to a list of historically great ones. On the Durant side, it was pointed out that Durant did not manage to make a Finals appearance without Harden.

It looked like a revival of those great old 1980s rivalries in which teams and opponents actually wanted to beat each other as opposed to merely being buddy / buddy. This was made even better by the fact that Durant has cultivated a ‘nice guy’ image. We were finally seeing ‘Durant the Competitor’ and… we are calling bunk on all of it. 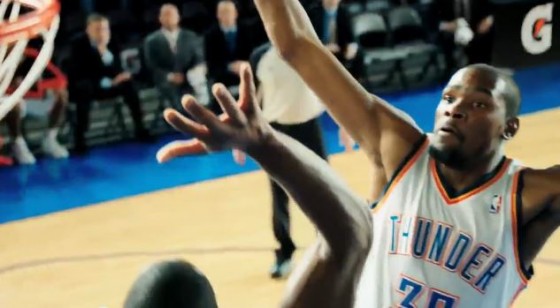 It just so happens that Dwyane Wade and Kevin Durant starred in a Gatorade commercial recently together. The most important thing to most modern athletes is their endorsement deals. In the 1990s, opposing NBA players would refer to Michael Jordan as their ‘boss’ because the real money was made in shoe sales.

Wade and Durant are not really a natural rivalry. They do not play the same position and would not be normally guarding each other. It would not even really be Wade attempting to block Durant under those circumstances. Since Gatorade wants a rivalry played up between two of its stars, they are now getting a rivalry. We’ve seen this script before, in case you don’t remember… 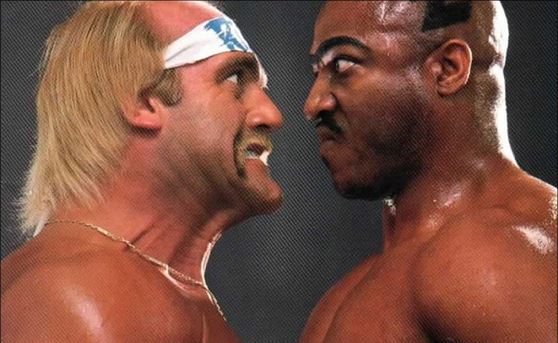 In 1989, there was a movie called No Holds Barred, which featured Hulk Hogan in the nuanced role of ‘Rip’ facing an actor named Tiny Lister in the compellingly as well as equally nuanced role of wrestler Zeus. After the movie did not perform to box office expectations, there was an attempt to salvage the concept by actually putting Lister and Hogan in the rind together in a ‘real match.’ Keep in mind that a wrestling organization decided to get away from the completely fake world of movie making and go to the only mostly fake world of professional wrestling to add a dose of ‘reality’ to the situation. 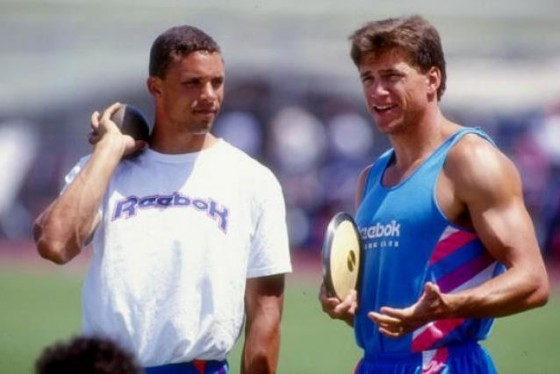 Leading up to the 1992 Barcelona Olympics, there was the famous commercials between Dan and Dave, who were supposed to resolve their conflict in the track and field competition that summer. In a Super Bowl commercial (and subsequent campaign), Reebok profiled the two decathletes who were favored at the Olympics and stated that the ‘rivalry’ would be settled in Barcelona. Actually, it was ‘settled’ about five weeks before, when O’Brien failed to qualify for the Olympics in New Orleans.

More recently, we had the Lebron and Kobe ‘puppet’ commercials. These commercials were meant to play up a possible rivalry which could only be settled by the two iconic players playing in the NBA Finals. The trouble was that either the Lakers or the Heat would go to the Finals. They never seemed to go to the Finals together. The Lakers barely made the playoffs last year and injury kept Kobe out of the series that the Lakers lost. If they met in the Finals this year, it would be seen as a miracle for the Lakers and routine for the Heat. We are not exactly talking about Magic and Bird here, a real rivalry requires playoff match-ups. 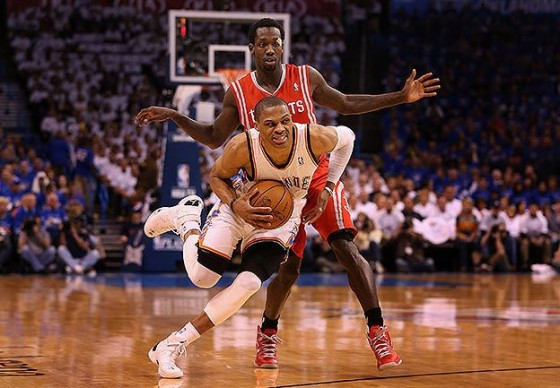 The possibility of the Durant vs. Wade conflict being settled in the Finals seems unlikely due to the fact that the Thunder have gone from ‘young next best thing’ to a team in disarray. Notice that Durant is referencing a former teammate in James Harden? The Thunder traded Harden for Kevin Martin, and Martin is no longer even with the team two years later. The further problem is that the Thunder were exposed in the playoffs as being only half a team without Russell Westbrook in the 2012 NBA Playoffs. Westbrook? He is now going into a second knee surgery and the Thunder don’t expect to get Westbrook back until halfway through the season.

There is also the looming Decision 2 in which LeBron James might actually bolt for another team in 2014, which would seriously effect Miami’s ability to get back to the Finals. Without the 2014 Finals, this whole commercial series and controversy is up to a grand total of two games next season as a rivalry. Should not rivals actually play against each other to be rivals? Shouldn’t they actually guard each other?

Notice that none of this was done during the off-season, when neither player is under supervision of their team or coach. In essence, this entire news cycle has boiled down to generating interest in a series of Gatorade commercials. Doesn’t that sound a bit more plausible than Kevin Durant calling out Dwyane Wade for no adequately explained reason in favor of a former teammate who will actually be more of a factor in Durant’s playoff hopes?