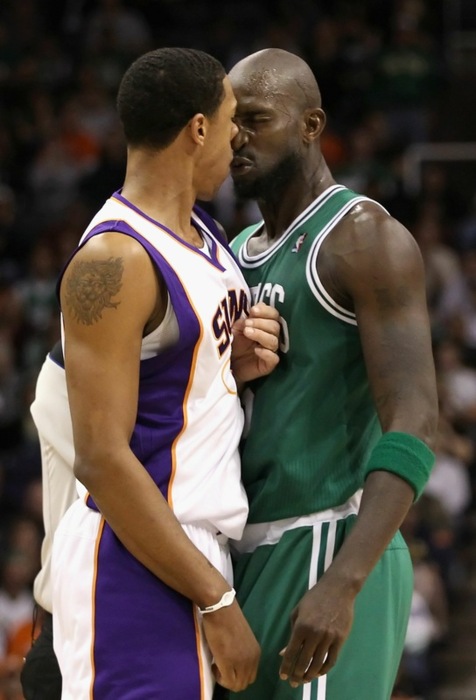 Whatever… you may have missed this one.

The Celtics and Suns went into battle last night and it got a lil’ heated… to the point Kevin Garnett, a notorious bully and persistent support man for intimidation as a tool of benefit on the hardwood, took issue with Channing Frye.

The two came to blows.

Garnett thought it would be best to attack Frye’s crotch.

The discussion that follows from the announcers is worth the watch in and of itself… but the joy of watching grown men punch each other in the balls never grows old.

BTW, we stole this particular version of the video from Brian Hickey with Deadspin. That’s the definition of “viral”… right?