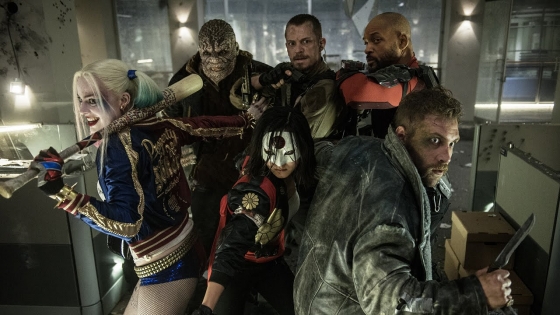 Why do you go to the movies? Is it just to get away from reality for a few hours or did you have a specific movie you wanted to see on the big screen? Or was it the trailer that pulled you in?

For a lot of movies, mostly blockbusters and horror films, the trailer is the key factor in determining its popularity. The trailer can make or break a film from the start. If you have seen a trailer and it draws you in right away, then there is a good chance you will be wondering about it for several months, just waiting for the day it comes out. A lot of times, movies with great trailers aren’t guaranteed to be a masterpiece and vice versa but the one thing a trailer can do, without question, is create a buzz that can truly change the way a movie is depicted in the media and by fans. 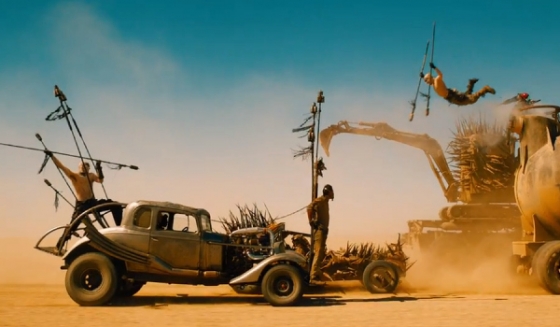 From the suspense to the soundtrack, everything about a movie trailer can either work flawlessly or fail miserably, it all depends on how much time and effort a production company puts into the creation of a trailer. So regardless of how great the actual movie behind the trailer was or who made the trailers, here is a list of the best kick-ass movie trailers.

(Since Horror films normally have the greatest trailers, we left them off this list. Otherwise, it would be nothing but Horror films. Suspense or Mystery movies, those are allowed, however.)

Let’s start off with a shocking entry, Wolf of Wall Street. This is not the last time you are going to see Leonardo DiCaprio on this list so start enjoying his presence as he has been a big part of a lot of the best movie trailers of the past 16 years.

The moral of this story is simple, you need to go see this movie. The majority of the people in America haven’t seen this incredible tale of a man hell bent on fixing the world and his undercover adventures as he tries to take out the corrupt police force, one at a time.

James Franco comes across as a nasty, dirty, human being that cares about himself and making money. We could go on and on about this film, which is actually really good, but as you can see from the trailer, there is a few big reasons why this trailer is one of the best, ever.

The Lord of The Rings filmed all three films before it released the first one, something that is easier said then done but Peter Jackson did it so well, he won a garage full of Oscar’s for the work. This is the first trailer that hit theaters before the release dates were announced and it shocked everyone as it teased us about the second and third movies coming out over the next two years.

Martin Scorcese can tell a story better than just about anyone else on this list. The Departed is stacked with talent like Jack Nicholson, Matt Damon, Leonardo DiCaprio, Mark Wahlberg, Martin Sheen, and Alec Baldwin. But what makes this movie trailer badass is the first ten seconds. Watch for yourself.

Sin City took the idea of creating a mini movie instead of a trailer and it worked out mainly because of Jessica Alba’s striptease, but still.

Kanye West is crazy. He says things that make very little sense and starts drama when there is literally no reason to, all the time. However, his music remains one of the best in the industry and Jarhead uses one of his first hits perfectly to create a scary and intense war theme.

Black Swan was confusing and if you managed to watch the entire thing, you are a better person than any of us. We are more like the majority of the men who watched this movie, we wanted to see the “ballot” scenes with Mila Kunis, right?

Very few times has a movie trailer literally help create an intensity that mirrors its’ own image. Inception figured out how to create a trailer that encompassed the suspense and mystery of Inception. From start to finish, the movie carries a high level of intensity but before it was released, many people weren’t too sure what to make of this movie.

If the Wachowski brothers would have stopped after The Matrix Reloaded, many fans would have been satisfied completely. But they decided to go ahead and make another one causing most fans to either lose their love for the trilogy or simply give up on it.

There is only one reason we would go see Sandra Bullock fully clothed in Space, if the awesome George Clooney was her counterpart for two hours.

Pierce Brosnan almost broke the James Bond franchise with his too pretty to be an action star style. So when Daniel Craig was announced as the next Bond, people complained until they saw this trailer and were immediately relived.

As long as you don’t watch M.Night Shyamalan’s movies, just the trailers, you might find him to be a brilliant director. Unbreakable remains one of the most hyped films of all-time that gave us a twist that shocked everyone.

Quentin Tarantino creates masterpiece’s and the Kill Bill movies are two examples of just how incredible he can be.

Transformers was being filmed and people, mostly the true fanboys, knew it was coming out already. But they did not expect the trailer to hit theaters when it did so when this one played, no one knew what was going on until the very end. It was one of the best trailer ideas ever.

This entire trailer gives us one of the most amazing collages of action, drama, and cold-hearted intensity. Wait a minute, was that Cersei Lannister?

Wait, this wasn’t a real movie? These trailers made us feel like this was someone’s personal video camera or camera phone.

For some odd reason, The Dark Knight Rises did not seem to get as much love as the second movie, The Dark Knight, due to the lack of Heath Ledger’s Joker not being in it. But this trailer won the trilogy.

Here is a great example of how a great trailer can fake you into thinking a movie is good when it is actually terrible.

Before Mad Max: Fury Road hit theaters, the buzz behind it started to gain enough respect that people were shockingly loving this movie. It ended up being one of the best films of the year and this trailer teases you of the intelligence behind the creation of this film.

Not every comic book turned into a movie is a success like all of Marvel’s movies and a couple of the DC ones. Watchmen gave us one of our favorite trailers of all-time but the movie didn’t reach the level it should have reached after such a big hype fest leading up to the release of the film.

If we were judging the best trailers of all-time, Terminator might have several more entries on this list including T2: Judgement Day. This trailer takes the idea of using loud bouncing music while cutting between scenes and adding silence with high intensity snippets of the film.

When a movie is based on a true story, the trailer is hardly ever going to be this intense and this scary good. But everyone in film-making should take note on how to create the right amount of intensity to cause a mini heart attack.

Everyone knew it was coming. Everyone was expecting the trailer to hit theaters when it did. So when it started to play, it literally had fanboys in tears as it was anything short of amazing. It gave us all the perfect amount of teasing until the movie hit theaters several months later.