When thinking of Mexican music, most people probably think of Mariachis like you see above. If you’re a bit more cultured, you might even remember the trumpet and accordion laments played on one of the two or three Mexican radio stations in your town. What you have heard before is probably one of two kinds of music; if the bass is a tuba and there are lots of horns, it is called “banda,” and if it has more accordion and guitar then it’s probably “norteno.” Along with better-known salsa, cumbia, and of course mariachi, these diverse types of Latin music are easy to lump into one category and, for many people, dismiss.

However, possibly because of the language barrier, there is great rock and pop music south of the border that’s not well-known in the English-speaking world that is well worth a listen. Panteón Rococó, Café Tacuba, Molotov, Celso Piña, and Nortec are all excellent bands/artists from Mexico. Each could be squeezed into a genre, but they mix styles, innovate and evolve. The easiest way to describe the five are alternative rock, ska, rap/punk, cumbia, and electronic. All still tour and each has played Mexico City’s huge music festival, Vive Latino. So this Cinco de Mayo, we suggest you dig a bit deeper for Mexican music than a Mariachi Band and check out these five kickass examples. 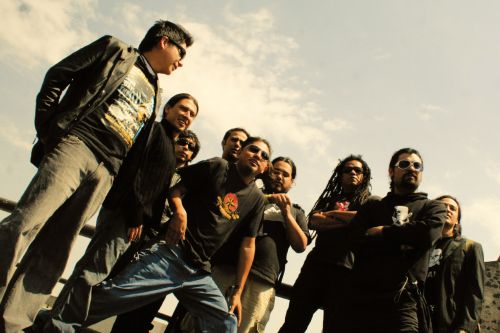 Panteón Rococó is pure energy. Called a ska band, they mix a lot of rock and funk into their music, and occasionally reggae or cumbia.

Some of their first recordings from the mid-nineties aren’t very good quality. The songs have evolved, so listen to their live album 10 Años un Panteón Muy Vivo. They are awesome live:

Their most recent album Ejercito de Paz is amazing! Not many bands put out an album full of classic anthems 20 years into their career.

Panteón Rococó is one of many Latin ska-rock-reggae bands with huge followings. Leaders of the pack are Los Fabulosos Cadillacs for ska and Los Pericos on the reggae side, both from Argentina. Others worth hearing are Los Autenticos Decadentes, Cidade Negra, and from Mexico Maldita Vecindad, Antidoping, Mama Pulpa, and Maskateska. 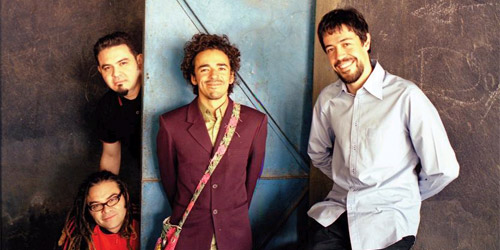 Café Tacuba is one of those bands that plays many styles, but you always know it’s them. They are best described as what was called alternative in the early nineties. Their self-titled debut from 1996 has great acoustic and experimental songs. Then Re, their second album, takes the genre-bending into parody. Some of their best videos are from their unplugged show:

But much of their music is also electric: 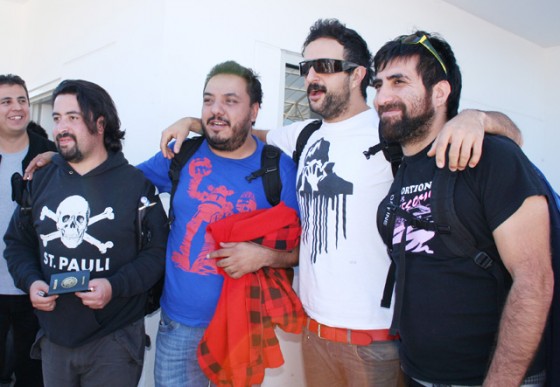 Molotov is the most diverse of these groups with rap, punk, and just plain weird songs. They even sold out and did a TV commercial:

Well, that totally sucks, but their big hits are awesome – political, vulgar, or both. The most political and well-known have choruses in English, or whole verses like in a particular favorite, “Frijolero.”

Along the same vein are “Gimme the Power” and “Hit Me.” Some good ol’ dirty-word singalongs in Spanish are “Puto” and “Chinga tu Madre.” 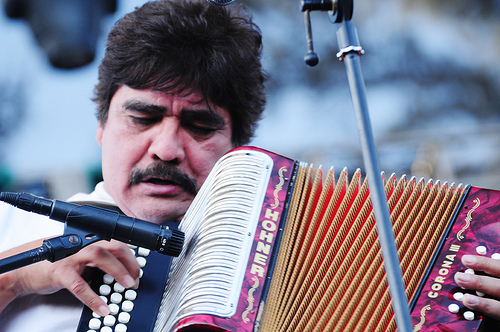 It’s not the band but the accordion-playing frontman, Celso Piña. His music is cumbia for badasses. It’s not the matching-suits cumbia of the wedding party dance floor, but grittier with elements of electro and hip-hop. This song was made with Control Machete, a rap-ish group:

If you wonder what cumbia is, exactly, then listen to Celso’s older recordings. He started out playing some more traditional cumbia: 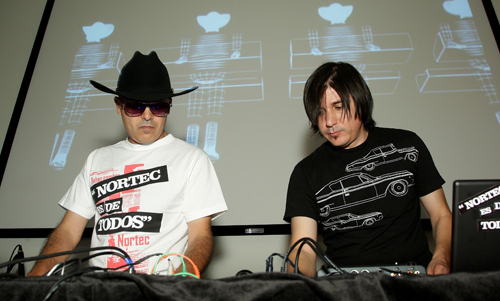 Nortec isn’t a group but a collective of DJs. They mix electronic music with norteña and banda music, bringing out horn sections:

Llantera: this incorporates the sounds of a tire workshop: