‘Kill Screen’ Might Just Change The World Of Gaming Magazines

You would be doing well not to have heard that print media is dying out, which makes it all the more surprising to hear that a group of well established journalists and writers (who have worked for The New Yorker, The Daily Show and The LA Times amongst others) are launching a new gaming magazine.

But this isn’t going to be just another voice in the crowd screaming to be heard – unlike other magazines, Kill Screen is devoted to “long format writing” about Video Games. By long format, we mean feature pieces like Vanity Fair, Wired, or major newspapers do on a regular basis – full length articles about something specific, not puff-pieces about nothing in particular. It’s true that a lot of magazines do long articles, but mostly they take the form of several page previews (see: every article ever written about the Call Of Duty: Modern Warfare series). The brains behind Kill Screen are interested in something rather different:

“There is a single question that we are fixated upon — “What does it mean to play games?” We want to be what early Rolling Stone was to rock n’ roll or Wired was to tech. We want to look like the Fader and walk like the Believer. We’re talking about the long format read on the creative minds behind AAA and indie game titles sided by the personal essays about what games mean as part of our daily little lives. There are intersections between the games and everything else that are only beginning to be explored. The minds of the videogame world are woefully faceless and we should change that. Enter Kill Screen.” 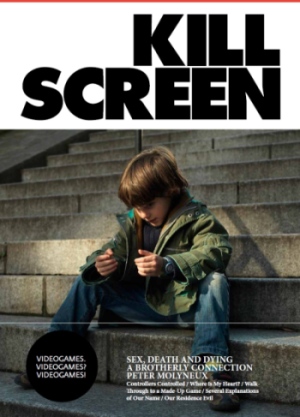 Not your average review rag then.

No, Kill Screen looks set to provide an unparalleled degree of maturity, and well, intelligence in its content. That isn’t meant as a slight against other magazines, but really, they are all pretty similar in content, tone and target audience (no, a magazine for Xbox games is not really that different to one for Playstation games I’m afraid). Our friends at Crispy Gamer scored an interview with the team behind Kill Screen, which is definitely worth a look at.

In my opinion at least, the whole thing sounds fantastic. The content is sounding original and thought provoking, whilst the design is looking brilliant. You can check out a preview of what the inside will look like here and you can read what the team have to say here. My favorite part? This:

“It will be oversized and hopefully hardcover” 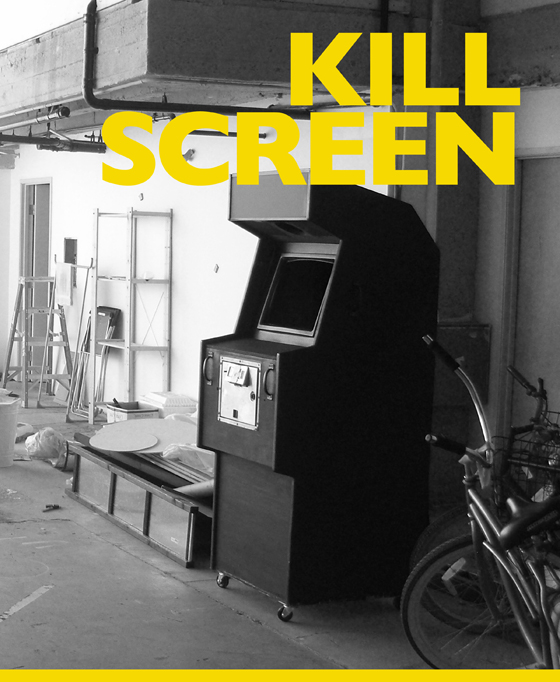