Kimbo Slice And The Shady KO 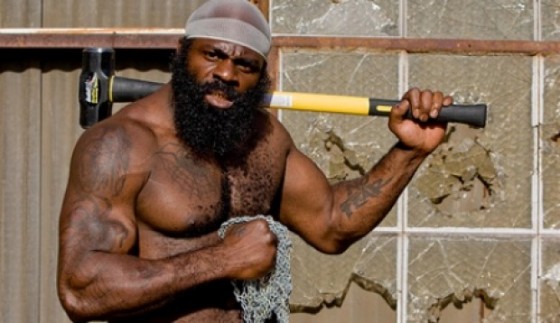 Remember when Kimbo Slice got famous after he landed some professional bouts due to videos of his street fights going around the Internet? That was fun. May this post serve as a reminder that Kimbo is still alive and fighting. This time, however, he’s in the news due to the questionable legitimacy of his match with Brian Green.

I know demanding that people on the Internet watch a five-minute video is near impossible, so let me get to the important part. Skip to the four-minute mark to see what looks like the weakest knockout ever.

Out of context, that knockout seems a little on the shady side, right? Now, if you watch from the beginning of the video, which is the start of the fourth round, Green is winning and seems pumped up about his chances to beat Slice. When the round begins, though, it’s a different story.

You can hear the guy videotaping repeatedly yelling for Green to keep his hands up, and it’s really noticeable. I’m definitely not a boxing expert, but Green is being cocky/stupid by barely protecting himself. What’s a little weirder is that Kimbo doesn’t really take advantage of Green’s lackluster defense. He gets a couple of good shots in, but it doesn’t seem like he’s trying. This could certainly be used as evidence that something was up.

Green and Slice also tie-up a couple of times, which tired fighters often do in later rounds, but sometimes, they’re just rubbing heads and getting half-hearted blows in until the referee decides to do something. As you can tell from the crowd’s displeasure post-knockout, this fight was not very satisfying.