Humor > Lists > Who Wrote it Better? King vs. Hitler

Who Wrote it Better? King vs. Hitler 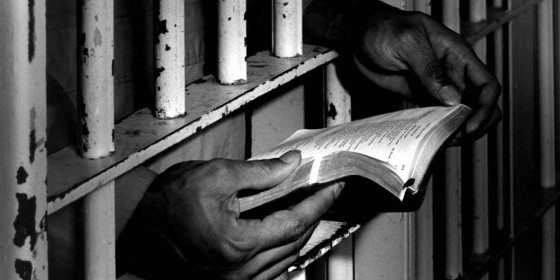 It’s a well-known fact that prison brings out the best in people, having encouraged many an inmate to finally reach his fullest potential. How else would you explain the abundance of masterpieces that have grown out of seeds planted while their authors were doing hard time? Aleksandr Solzhenitsyn’s One Day in the Life of Ivan Denisovich, Oscar Wilde’s De Profundis, Tupac Shakur’s All Eyez on Me, etc. 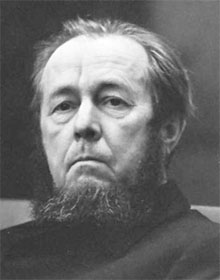 However, sometimes a quick pit-stop in prison isn’t quite enough. Just take a look at Adolph Hitler. Doing time in prison, on the cusp of a major political upheaval, he seemed to have everything going for him literally. And yet he turns out a piece of crap like Mein Kampf. To explain precisely why Mein Kampf sucks so epically, we’ll compare it to another life philosophy written from behind bars that did everything right; Martin Luther King Jr.’s ‘Letter from Birmingham Jail.’ Here are four reasons why King’s is better…

There is a saying that we believe is probably centuries old and which must have come from a wise old sage with a flowing white beard living in a cave, but which we were lucky enough to find inside a fortune cookie;

Now, Hitler was no fan of the Chinese, so it comes as no surprise that he chose to ignore all four of these suggestions, but particularly the second one. We understand many people at the time thought Hitler was a pretty smart guy who was onto something big, but even his most devoted fans had to admit he was a bit long-winded about it, what with many of his speeches stretching out over the course of several hours. 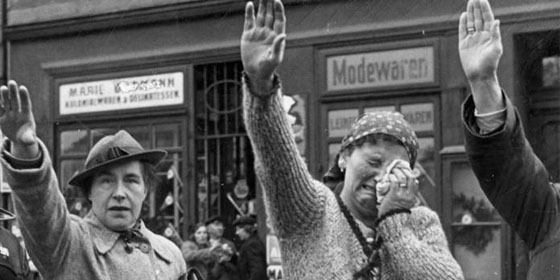 Hitler’s love of his own imagined rhetorical abilities clearly extended to his writing as well. Mein Kampf is lengthy, rambling and tangential, and while many Nazis at the time claimed to have enjoyed reading it, we’ve got to believe they read it like most people today read their iTunes Terms and Conditions. 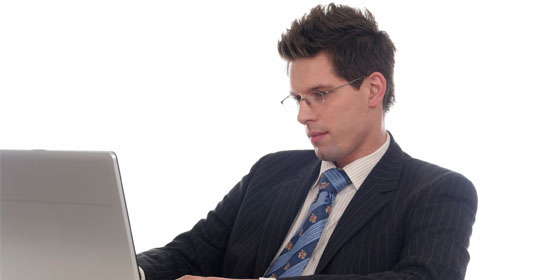 “Non-commercial use only, no exploiting intellectual property, sterilize the disabled; I think I get the gist of it.”

“But wait,” you’re saying now, “lots of masterpieces are wordy and long. Just look at a book like War and Peace.” That’s true hypothetical reader, but in War and Peace, Tolstoy had things he needed to say that justified every page of his epic prose (Presumably on the subjects of “War” and “Peace.” To be honest, we haven’t actually read it). An author like Tolstoy doesn’t waste words, but instead tells a story that would be cheapened were it shortened.

But that’s not to say there’s any shame in writing something short. Some ideas are so universal and simple that they should be expressed in something as brief as a letter. To do otherwise would just be to obfuscate your point and confuse your listener. This is often referred to as the K.I.S.S. principle: Keep It Simple Stupid (We would like to point out for the record, we are not calling Martin Luther King stupid!).

When King wrote his letter, we’re sure he knew he was onto something brilliant and poignant, and decided, “I’m going to write this eloquently enough that it will be studied by scholars and historians for years, yet simply enough that high school students will be able to read it for homework.” And then he did. Kudos King.

If you read King’s letter, a large part of it is philosophical musings on the nature of justice and equality in the world at the time that it was written. However, King obviously still makes a number of empirical claims, which he makes sure beforehand are pretty airtight. For example, he makes the point that Birmingham is a segregated society. To this day, we still think of 1960’s Birmingham as a segregated society, and unless some pretty earth-shattering evidence comes along, that’s not probably going to change any time soon. This level of accuracy was possible because King was actually there for most of the events he describes. It would take a real asshole to call bullshit on the acts of oppression the writer saw for himself. 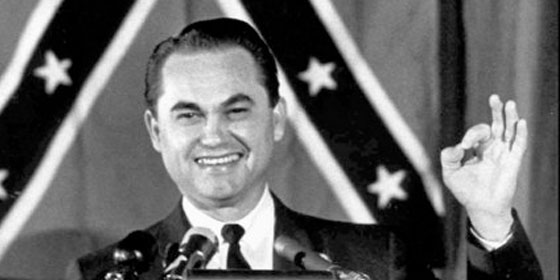 As for Mein Kampf, Hitler makes a number of claims he never really bothers to back up, many of which are widely disputed today. For instance, did you know that the reason for Germany’s poverty and lack of influence in the 1920’s was not in fact due to a conspiracy by greedy Jews to steal the hard-earned money of the honest Aryans, but was actually because Germany had just lost a goddamn world war? 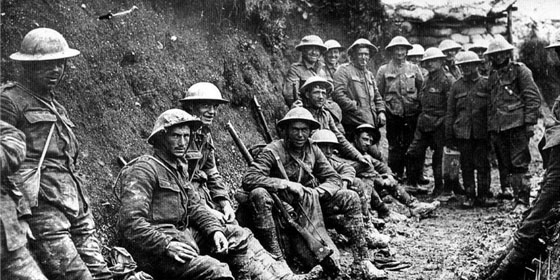 Is this ringing a bell for anyone?

Mein Kampf is riddled with similar claims that most modern-day scholars would probably agree are shaky at best: the need for the German people to unite against “Judeo-Marxists” (actually, two separate things); a predicted alliance between Germany, Fascist Italy, and Great Britain (it panned out a little differently); and the “historic destiny” of the German people to aggressively acquire Lebensraum, or “living space” (this is a literary device known as a “euphemism”).

Today, it’s easy to read Mein Kampf and find a whole slew of things that don’t seem quite right. King however, by confining himself to facts he was sure of, wrote a letter that has stood the test of time without becoming dated in any way (much like King’s mustache). 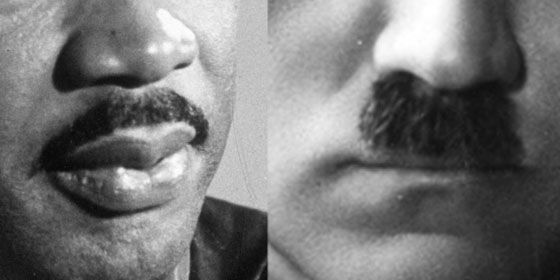 Which of these screams “big pimpin’” and which screams “raving, fascist, German anti-Semite?”

We think we can all agree that the most annoying thing about Hitler as a person is that he was a total egomaniac (Note: “annoying” as distinguished from “horrifying”). So of course in writing about his life philosophy he’s going to frame it in his own life experiences. That’s not an uncommon writing strategy, and it’s one that King utilized in his ‘Letter’ as well. However, whereas King deals in anecdotes, and defends his decision and actions from his critics, Hitler is simply letting the muse of narcissism flow through him freely, like so much feces through a waste management plant. Let’s just take a look at the first sentences of each. 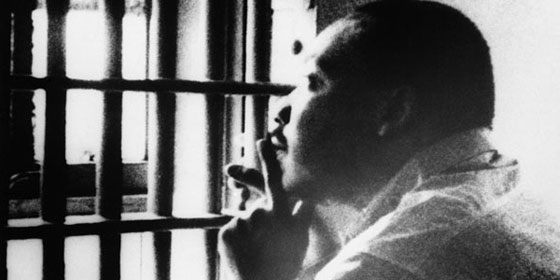 While confined here in the Birmingham City Jail, I came across your recent statement calling my present activities “unwise and untimely.” 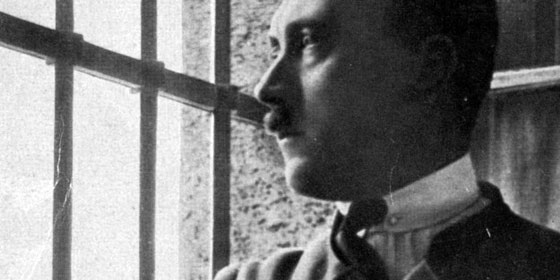 Today it seems to me providential that Fate should have chosen Braunau on the Inn as my birthplace.

You may have noticed there a slight difference in tone. King talks about himself, sure, but only really insomuch as he’s explaining that the boycotts, sit-ins, and other acts of civil disobedience he helped organize were, in his view, the right things to do.

Whereas large sections of Mein Kampf are dedicated to explaining why Hitler himself is destined for greatness, and that anybody who disagrees with that is a total asshole. The book itself was originally called Four and a Half Years (of Struggle) Against Lies, Stupidity, and Cowardice, which his editor wisely cut down to My Struggle (see point 1), making it sound a tad less self-aggrandizing, but certainly no less self-obsessed. 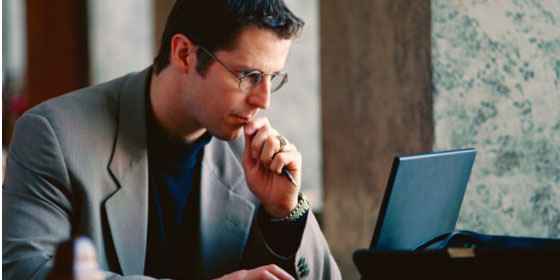 “Is A Modest Proposal taken?”

Now, if you’re one of the people around today who still think Hitler was the shit, maybe this isn’t a problem for you. However, speaking for the majority here, we actually get pretty bored hearing people we think are assholes go on about how great they are (sound like anyone you know, Todd in HR?). But one thing we are fans of (and we’re still presumably speaking for the majority) is civil rights. We like reading about and discussing with people what those might entail. We like considering what actions would be appropriate in the event that we ever witnessed somebody’s rights being infringed upon, in the hopes that we might have the courage and character to carry them out. And if somebody has been in that position, we wouldn’t mind reading a bit about their experiences.

People other than Aryans can get behind it

Know who likes Mein Kampf? A small percentage of white people (probably not the ones mentioned above). So if you ever wonder why so few people are bringing Mein Kampf to their book clubs, it’s not just because it’s written in German. Because hell, German’s a perfectly decent language, even if they do think they can just string a bunch of words together and we won’t notice (We’re looking at you “Donaudampfschiffahrtsgesellschaftskapitän”!). 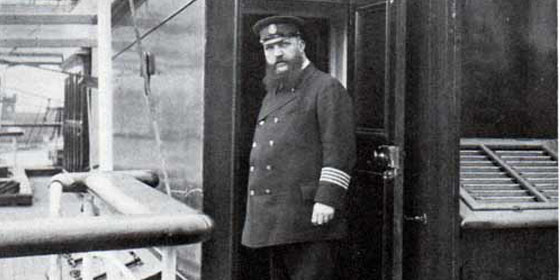 Regardless of language, even if every white person in the world got on board with racism (to be fair, in 1925, most of them did), his target audience is still pretty small, as he’s deliberately excluded most of the world from being able to really appreciate his ideas. 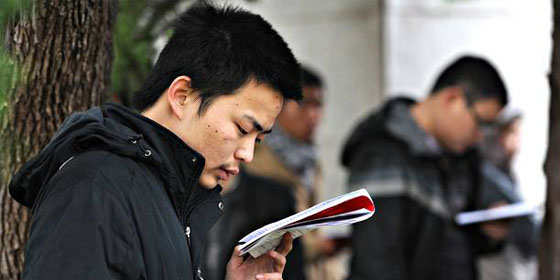 “Hmm, where’s he going with this?”

Historically, the writers who have stood he test of time have always dealt with ideas and themes that are more-or-less common to all of humanity. Dostoevsky raised questions about the existence of God, and the possibility of morality in a subjective universe. Charles Dickens wrote stories about poverty and abjection, and the societal ills that arose from those conditions. Even a writer like Jane Austen, whose works might be categorized as comedies of manners among the English upper-classes, has found an audience among people who recognize that all societies have unspoken rules of behavior determined by social rank that dictate our actions and govern our relationships.

While these subjects tend to be more interesting than unbridled nationalism and racism, they also mean that a work can be enjoyed by people outside of a specific population. A Kenyan can appreciate Eugene O’Neill and an American can appreciate Salman Rushdie. And everybody can appreciate Martin Luther King. And if Hitler had wrapped his mind around that basic concept (and the other three as well), maybe he would have spent his time in prison writing something, you know, good. 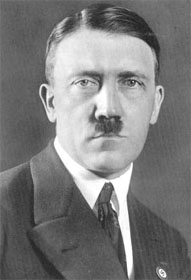