The King of Random : Grant Thompson 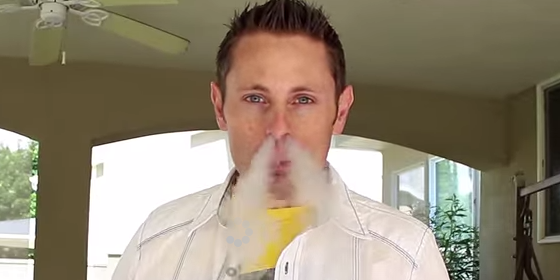 Grant Thompson’s King of Random channel currently enjoys nearly 1.9 million subscribers. Most Youtubers become that popular by leeching fame off pop culture or being shrill, but Thompson did it by showing us such cool things as how to make self-freezing colas or heat rays. You know, science.

Q. What motivated you to start the King of Random channel?

A. I started making The King of Random videos because I wanted to give back to YouTube. I saw a lot of cool project ideas and experiments on the internet, but they were so hard to watch. They were usually 15-20 minutes long, poor quality, and un-edited. Many videos took so long to get to the point, and many times they ended up being a waste of time altogether. This frustration motivated me to try to make videos that were short, to the point, and edited for easier viewing.

Q. How long was it before the channel had a significant following?

A. I experimented with projects for nearly 2 years, then made videos full-time for over a year before my channel got recognized publicly, and started growing exponentially. By the time my channel really started growing I had probably put in 3 years and over 5,000 hours into experimenting and producing around 50-60 videos.

Q. Was there a breakout video or did the audience accumulate gradually?

A. The first video to go big was Burning Stuff With 2000ºF Solar Power!!. It was my 4th video and I had it up for over a year, with only a few thousand views. Then someone at NPR saw it, and wrote an article about it. From there I gained more subscribers in the following 2 weeks than I had in the previous year. It hasn’t really slowed down since then.

Q. Do you have a favorite among your videos?

A. They are all my favorites for different reasons, and I learned something new in each project. But some that I’ve most recently enjoyed more than others were the Micro-X Bow project and making the Dark Knight Batarang.

Q. Are there any videos you do pretty much exclusively for you and always bomb with the viewers?

A. I’ve done contests and giveaways, and noticed hardly anyone watches them, but I do it for the fans. And even though not too many people have watched my 1 million subscriber celebration video it was super fun and an awesome way to celebrate. In addition to those, I’d say the 9 Ways To Fold Fancy Holiday Napkins! series fits into that category as well. I knew it wouldn’t fit my demographic of viewers, and thought there was a great chance it would fail on my channel, but I still thought they were cool and wanted to make them anyway. I have more projects like those I wanted to do, but the effort in making videos is so great, that when people don’t watch them it seems like it’s in vain, so they are on the back-burner for now.

Q. Do you have a least favorite or something you would like/intend to do over?

I had no idea it would gross people out so much. I thought they would just get a laugh and think it was cool. The reaction surprised me, so I would approach it differently if I did it again.

Q. For the video where you ate dry ice, you did consult a physician immediately after, right?

A. No. Funny enough, I never intended to make that a video. I was just playing around while filming 5 Awesome Tricks & Pranks With Dry Ice! and while editing the footage, thought my viewers might get a kick out of seeing that. While there are dangers associated with dry ice, I understand and am fully comfortable with the risks, and have since experimented with it on a deeper level. I would happily do it again .. but that’s just me, and I also eat liquid nitrogen on occasion.

Q. Has there ever been a safety problem or a disaster during a shot you’d be willing to share with us?

A. Usually the experiments are done in very controlled environments, so I really haven’t had any issues .. until a couple of weeks ago. I was outside doing an experiment with an improvised water rocket, and ended up shooting a plastic bottle through our kitchen window.

Luckily my whole family was outside watching, so no one was hurt, but it did set us back $170 to replace the glass. In the name of science!

Q. Have you had any particularly memorable exchanges with fans you’d be willing to tell us about?

A. I had someone show up to my house once because he wanted to meet me. That was a little creepy, but eye-opening. And recently at a parkour gym there was a group of guys who recognized me and introduced themselves as my biggest fans. That was pretty cool.

Q. If you’re truly the King of Random, what’s the most random answer you can give to end this?

A. Assuming that a peg-legged mosquito were given the chance to kick a hole through a pickle, then the difference between a duck is simply that both legs are exactly the same.

Hail to the king.

Check out more of his stuff at the following sites: 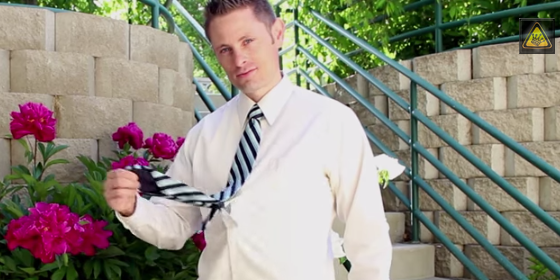