Media > Television > The Knick : Show You Need to Watch

The Knick : Show You Need to Watch 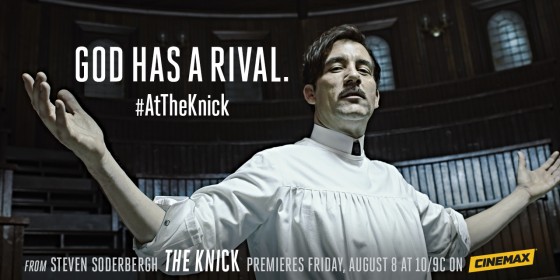 I don’t go on about a lot of TV shows lately. Mostly for two reasons: either they really suck, or else everyone who has the ability to watch television watches and subsequently writes about them. Which is why I am so tickled to have discovered a show that, for now, it seems no one else ks watching. It’s called The Knick, an abbreviation for The Knickerbocker Hospital. It takes place at the turn of the century (1900’s here kids) and showcases just how incredibly important it was during this period for new advancements in surgery and medicine to get discovered because everyone died! Seriously! You went into the hospital for what now is a routine outpatient thing, and you left in a bag! I think you get the idea. 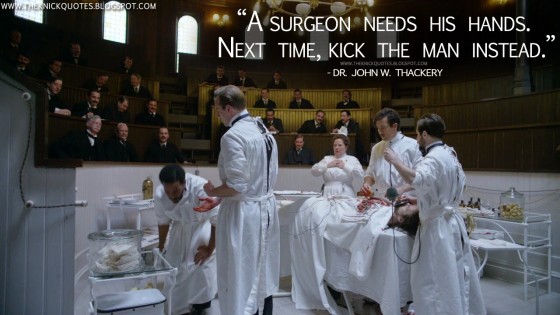 Now, until recently, I was both unaware this show even existed and that season one had played out on Cinemax back in the late summer of 2014. Which is why I write about this now, as it has just wrapped its second season which will air in October. I was lucky enough to acquire the entire first season at once and have since been binge-watching the entire thing. The story is ridiculously engrossing, the characters are beautifully realized, and the set pieces are absolutely gorgeous. Needless to say, I was hooked from the open which sees the two head surgeons attempt to deliver a baby via a C-Section while simultaneously saving the mother. Spoilers: neither of those things happen. And this only goes to prove just how both clueless and relentlessly inventive the medical professionals were back then. 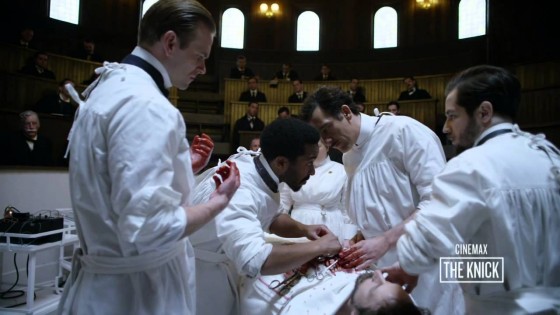 The show follows the main staff, owners, and family all related in some way to The Knickerbocker Hospital in 1900’s New York city. The Chief Surgeon is John Thackery portrayed to perfection by Clive Owen. His drive, creativity, and pursuit of perfection is kept alive and kicking by a vicious cocaine habit the audience becomes acutely aware of over the course of the show. Well, that and a wonton desire for the ladies and the pipes at Chinatown’s well-known Opium Den. But those vices notwithstanding, Thack is a genius. 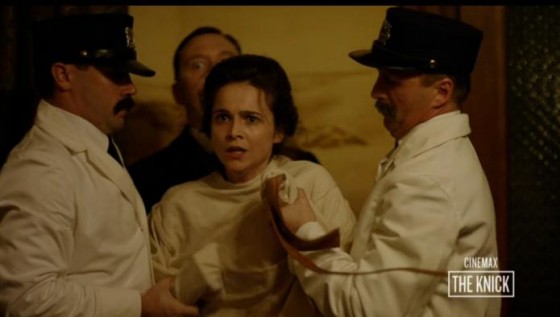 If you know your American history, you know that African-Americans were treated… well, like just about every other foreign person unlucky enough to have found themselves on U.S. soil back in the 1900’s. That is to say, like shit. So, when a highly recommended black doctor arrives at The Knick, not only is he regarded as worthless and alien, but he is shunned from any and all surgical procedures and forced to survive in the sub-basement like an animal. Andre Holland plays Algernon Edwards, a doctor so dedicated to his work, he lives and practices out of the basement after hospital hours just so he can aid the city’s “lower classes” and still make new and amazing discoveries. He is also a drunk and prone to violence, but that’s likely  product of his pride. 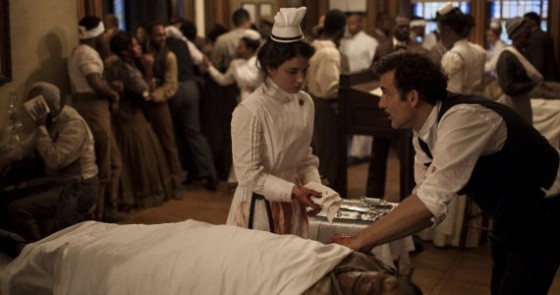 Jeremy Bobb portrays Herman Barrow, the manager and chief money man of the Knick. Though in reality, the hospital has a powerful shipping tycoon who sits as head of the Board of Directors who ultimately okay’s all major purchases and such (Grainger Hines as August Robertson), it is Barrow’s job to allocate funds accordingly. Unfortunately, he is ultimately a thief and a rat with a fondness for bad business investments, ladies of the night, and shady associations with the local Mob. He is literally up to his nearly wrung neck in debt and does all he can to cut corners while attempting to pay off his problems. 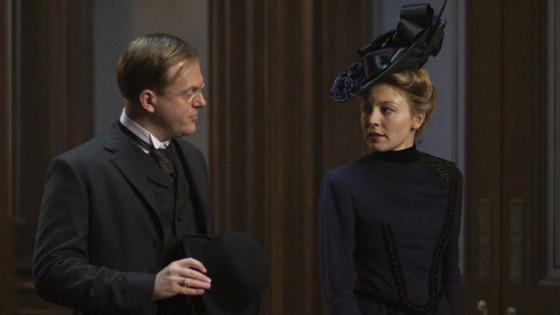 So as you have doubtlessly gleaned from my fawning of this show thus far, it is indeed a period piece and thus much of the story liberally borrows from historical facts that took place in and around this city during this particular time. That being said, some of the medical procedures and surgical findings aren’t necessarily cited to the correct people, and in one instance, in episode 6, the local Health Inspector, with help from August Robertson’s daughter (David Fiero and Juliette Rylance), apprehends the well-known Typhoid Mary. Granted it isn’t 100% on the money historically, but it sure was pretty cool to watch. This approach is seen throughout, but it does nothing to take away from the story or its many intertwining characters. 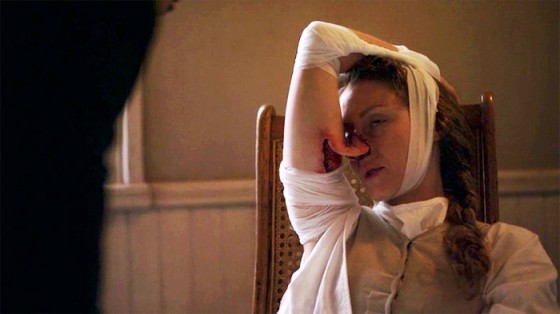 There is also a subplot that follows the local ambulance “driver” (I quote that because it is, indeed, a horse-drawn carriage) and a nun who works at The Knick. The characters are Chris Sullivan as Tom Cleary, the Irish stereotypical drunkard who loves a fight and a pint, and Cara Seymore as Sister Harriet, a lady of the cloth worried that her assistance in abortions might just be losing her favor with God. Differences aside, when Cleary finds out Harriet’s secret, he agrees to supply her with remorseful pregnancies for a cut of the pay. It’s an interesting side story that really makes you understand just how unsophisticated the act of aborting was back then. 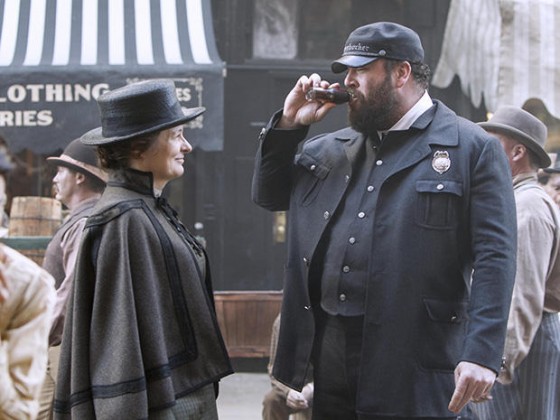 So, before I spoil the entire season for you folks, I will leave it at that and implore you to watch. Believe me, as daunting as a 10-episode season might seem to watch all at once, it seriously flies by only leaving you begging for more. Take it from me, a guy who is almost too picky when it comes to TV shows, and check this one out for yourself. You may or may not learn something, but you sure as shit will be entertained either way.