Gadgets > Tools > Six Knives You Need in the Kitchen 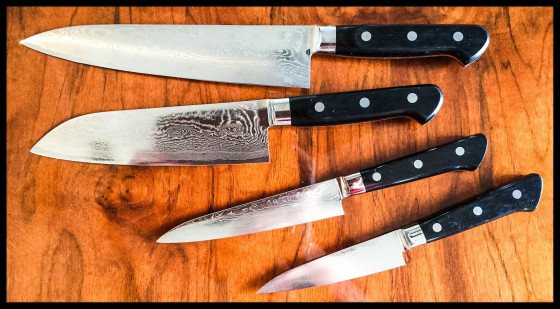 I’m a chef. I work in a kitchen. I love working in a kitchen and I love working around food. But in order to do so, you need a few things, not the least of which is the ability to actually cook. That really helps. Other than that, you really, really need the proper tools, a decent set of knives. Trust me, nothing sucks the joy out of cooking in a kitchen like owning or using a set of shitty, dull, nasty knives. It’s the worst. So, invest. That’s right, you’re actually going to have to spend some money on a nice set of knives. And, on top of that, there are a few different types you’re going to want to have. So listen up and check out what I have and you can base your knife purchases accordingly. Then you, too, can cut stuff like the wanna-be serial killer you secretly are. Yay!

This should be the general of your knife collection. This should be the knife you most often go to when needing to break down some large hunk of beast, a mess of fruit, or even whacking apart a few veggies. Keep it sharp, just as with all your knives, and it will get you through nearly all your major slicing and dicing needs. 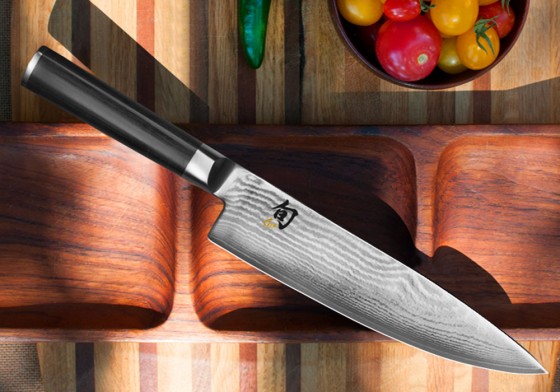 Yeah, that’s right: Japanese. Screw those damn Germans and their supposedly awesome knives… screw ’em I say! You’ve seen those Sushi chefs expertly thinly cut fish so cleanly it only has one side, right? How do you suppose that happens? Sharp Japanese knives, fool! And this one, in my humble opinion, is a must-have. It’s super sharp and comes without a tip because that’s not what this knife is for! It has a slightly curved blade and is primarily used for disassembling a bunch of veggies. 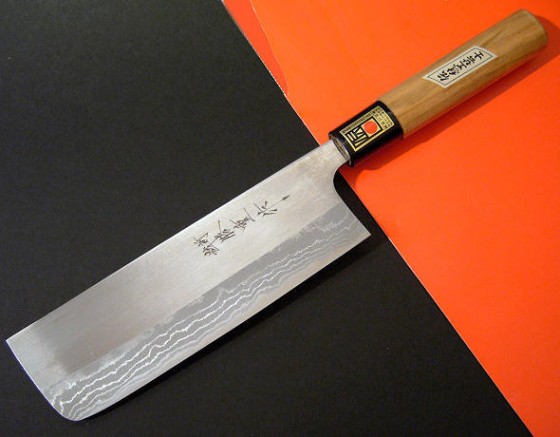 Paring means to make something smaller, and that’s exactly what this knife is for. Need to peel a tater and ya don’t have a peeler? Paring Knife. Need to finely mince some garlic? Paring Knife, baby. Need to jab a guy’s jugular? Paring K… wait, never mind. Anyway, it’s a utility knife and very handy for anything from trimming chicken to trimming your nails.

Shun (shoon) is quality to the Nth degree, and I must admit ever since I began swapping out inferior knives for these Japanese beauties I have been happy, happy. Not only are they all, typically, hand-made, they are ridiculously sharp and can readily slice and julienne anything you can throw at them. They stay sharper longer, too, which means fewer trips to your steel and more trips to your cutting board as you brunoise the hell out of some stuff, pal! 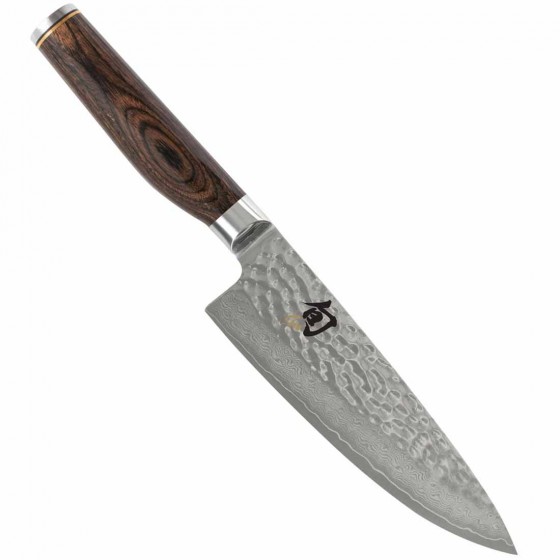 When you need to cut a tomato, you want just about the sharpest knife you can get your hands on. And, were you to actually follow these suggestions, you’d have one. However, if not, at the very least get a good serrated knife. Trust me, nothing, save a laser-honed saber, can cleanly slice a tomato like a serrated knife. Also it’s great for bread, because, again, unless your knife is insanely sharp, you’re just gonna smash that stuff. So, get a good serrated knife. 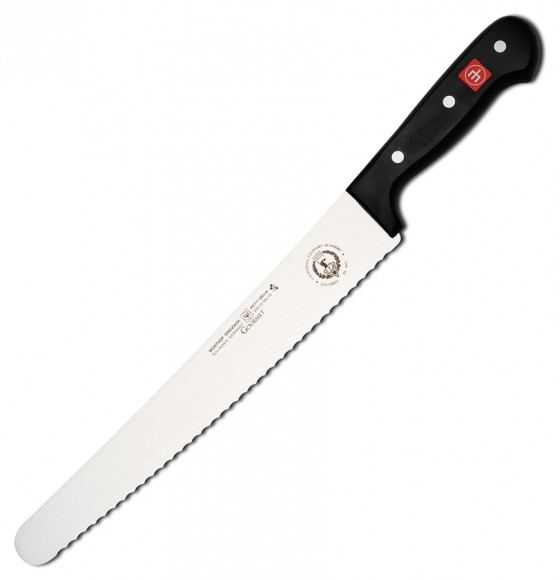 A few of these knives I’ve mentioned can get you by boning a critter. And yes, they obviously make boning knives that are specifically for that purpose, but it’s not a knife I’d say is required unless you do a lot of boning. Anyway, a pair of shears is very useful for a lot of things besides quartering a chicken or snipping fish fins. Just have a set handy and you’ll be surprised how often you use them. 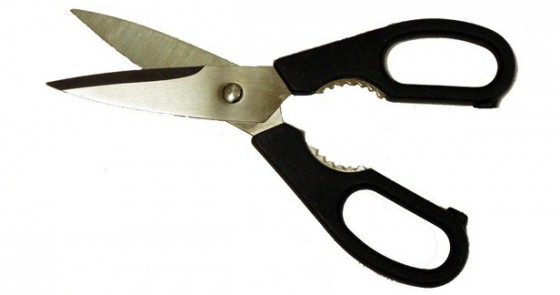 And there you have it. Knives you really ought to have if you want those friends and family you cook for to really take you seriously. There are others, too, such as 8 or 9-inch slicing knives, Santoku knives with built-in scalloped blades to keep food from sticking, and meat cleavers just to name a few. And yes, you could stock your supply to the hilt (ha!) but you don’t really have to. You should have a honing steel, though, and most definitely NOT a sharpening geegaw that just serves to wreck your blades. Leave that to a professional. Well, not the wrecking part, but the sharpening part.