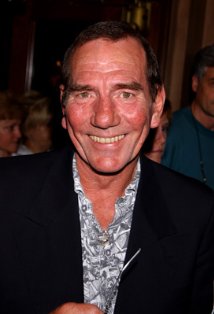 According to the Associated Press:

LONDON – Britain’s Press Association is reporting that decorated film actor Pete Postlethwaite has died at the age of 64.

It quotes longtime friend Andrew Richardson as saying Monday that Postlethwaite died in hospital in Shropshire, central England, after a long illness.

Richardson said Postlethwaite died Sunday. He had been receiving treatment for cancer.

The actor, recently seen in the well-received movie “Inception”, worked with director Steven Spielberg on “The Lost World: Jurassic Park” and “Amistad.” He received an OBE in 2004.

Perhaps not the most well-known actor working today, Postlethwaite was none the less a prominent fixture in a great many important films.

Kobayashi in The Usual Suspects

Fergus Colm in The Town

He will definitely be missed.