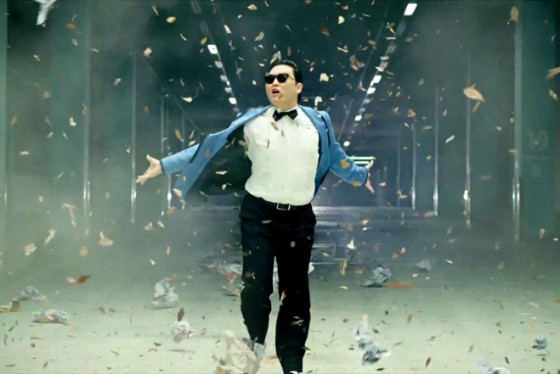 “Gangnam Style” has spent the last few weeks punching the internet in the face and has spawned more shitty parodies and knocks offs than the iPhone. The thing most people seem to have forgotten though is that song is Korean, so the only people who know how to really break it down Gangnam style, are the motherfucking Koreans.

That’s PSY performing the hit Live. Just watch that and realize that it’s a concert people paid money to attend, not a military drill. There are centipedes out there who can’t get that many legs to all make the same motion at once.You’re probably thinking though, “That’s an officially sanctioned and edited video, of course it’s all in time and rhythm, also, stop reading my thoughts.” Well, here’s a concert shot with a static camera. There is not a single person in that crowd who doesn’t know that dance. If you played this song out a South Korean funeral you’d be an inconsiderate dick, but you can guarantee that the only person in that entire room wouldn’t be able to do the right dance moves as they threw you out.

Hipsters of the world, we implore you to stop uploading videos of yourself dancing to this song. It’s embarrassing after seeing it done right.