Kristen Wiig Is NOT Funny 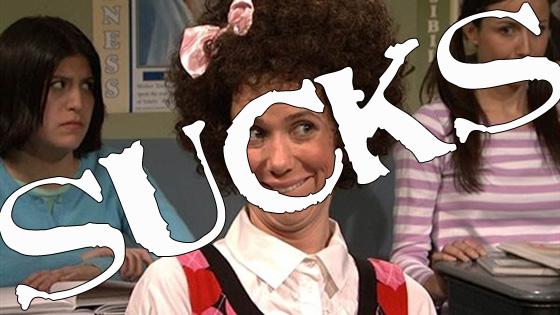 Kristen Wiig seems to be Lorne Michaels’ favorite castmember on Saturday Night Live, because she’s featured in just about every skit and he’s been quoted as saying “It was just all there, I think in the same way it was sort of all there in Dana Carvey.”

Gilly. She’s mischievous. Is that funny? Penelope. She plays with her hair and tries to top everything everyone says. Hilarious. The Target Lady. Hahahaha. In other roles, she likes to make… faces. Stretchy faces. Look: 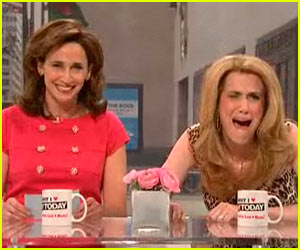 Lorne, what exactly are you smoking? You’ve certainly missed the mark in film, with other various castmembers and various recurring skits, but with Wiig, it’s skit-after-skit of an overly-annoying character making funny faces. (Check it out, a  Kristen Wiig Is Not Funny Facebook Group)

So let’s put it to a vote. Is Kristen Wiig funny? Hint: The answer is no, and if you vote yes you’re likely retarded.