Sports > Basketball > Did Kurt Rambis Deserve To Be Fired?

Did Kurt Rambis Deserve To Be Fired? 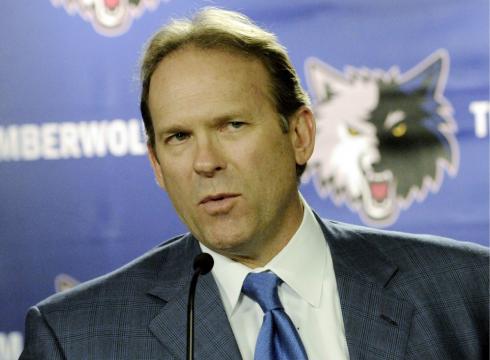 In one of the more bizarre endings to a coaching career in the NBA, the Minnesota Timberwolves have announced that they have fired former head coach Kurt Rambis. Rambis coached the Timberwolves for the past two seasons and saw his team win a grand total of thirty-two games during his tenure, so most would assume that Rambis deserved to be fired.

However in the recent world of the Minnesota Timberwolves, nothing is as simple as it seems. Before the NBA Draft, rumors started to surface that Rambis was on the way out as Minnesota Timberwolves general manager David Kahn was interviewing new candidates to take his job. It was a weird situation to say the least, a coach who hadn’t officially been fired was already out the door in the minds of Timberwolves fans and the rest of the media.

When Rambis took the job with the Timberwolves, he probably assumed that he would be getting a rebuilding team who had a couple of solid pieces. What Rambis inherited was a team who had no real idea of how to win in the National Basketball Association and a clusterbomb of talented players who could play the game of basketball but unsure about their roles on the team. Essentially, it was probably the worst case scenario for a coach to head into.

One of the positives that came from Rambis tenure with the Wolves was his coaching of All-Star forward Kevin Love who blossomed into one of the premier low-post players in the NBA. Love, who was seen as a tweener by most NBA scouts, became a legit threat to score and rebound each and every night that Minnesota took the floor. Rambis, himself a former NBA forward, provided Kevin a mentor and someone to help show him the ropes of the NBA paint and there probably wasn’t anyone better to help him out.

Most of the decision making within the organization lies at the feet of general manager David Kahn, who has most Timberwolves fans scratching their heads about his master plan to save this former perennial play-off contender. Kahn helped build the roster to it’s current state and some of the blame should be focused on him instead of Rambis. Coaches can only coach with the talent they are given and if the team has no clear direction, most of the time the general manager is to blame for it. It’s tough not to side with a a head coach who had previous success in the league in comparison to a general manager who has not. However, in the NBA world, it’s more likely that the coach will take the blame for the wins and losses in comparison to the general manager.

Kurt Rambis tenure in Minnesota will probably be forgotten down the road of the NBA coaching carrousel but he did provide us an important lesson that should be headed by many other future NBA coaches. If the team has no clear vision of what it’s supposed to be, the job isn’t worth taking